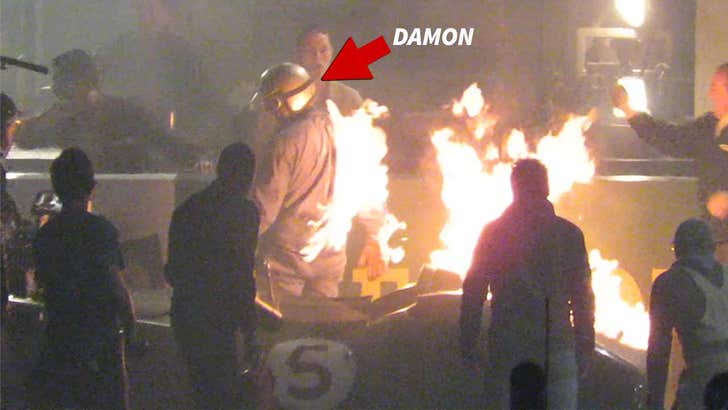 Matt Damon's getting lit on the set of his latest movie ... no, really. Dude was set on fire.

Matt's jumpsuit was set ablaze -- the back of it, anyway -- while filming scenes of his new flick "Ford v. Ferrari" at a private airport outside of L.A. You can see a stunt coordinator apply the final touches on Matt's neck, back and ass. 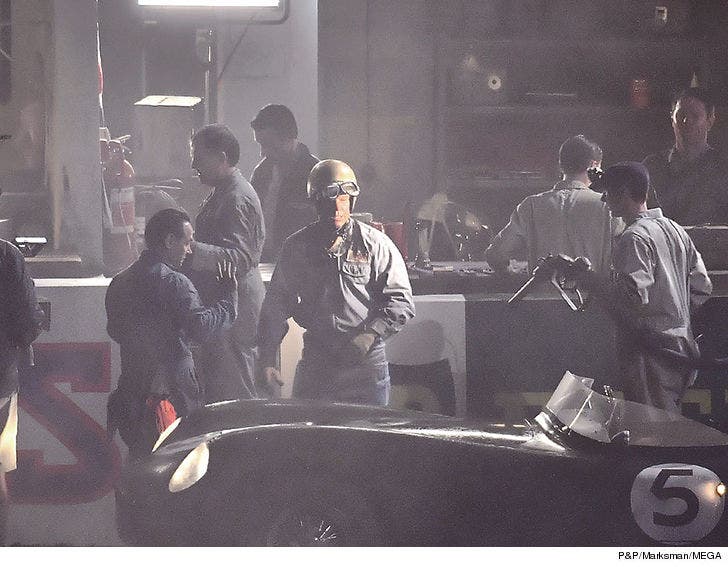 Matt -- who plays the late race car driver/designer, Carroll Shelby -- then jumps into his classic whip before he and the car burst into flames. Matt, of course, was all good. He later gives 2 thumbs up. That's Hollywood magic, baby.

Should be a cool movie ... Matt's character is assigned to design a Ford car that can beat Enzo Ferrari at the 1966 Le Mans World Championship. Spoiler alert: Ford beats Ferrari. 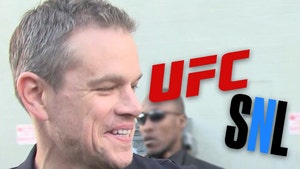