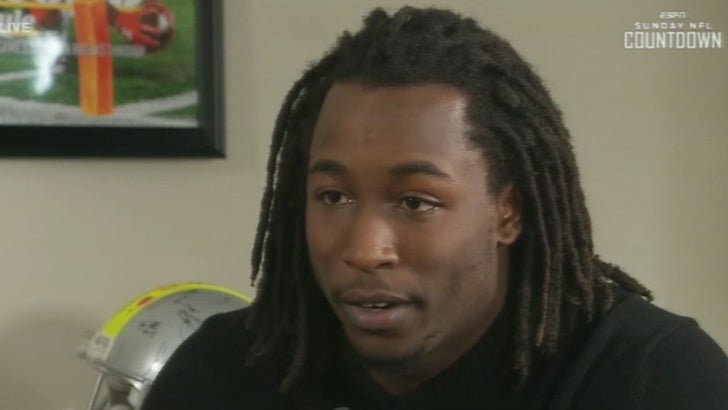 10:41 AM PT -- The NFL just put out a statement saying its investigation continues and "it will include a review of the new information that was made public on Friday -- which was not available to the NFL previously -- as well as further conversations with all parties involved in the incident."

It's interesting ... the league's saying it will have "further conversations" with everyone involved but Kareem straight-up said the NFL never spoke to him.

Kareem Hunt says the NFL's investigation of his alleged assault on a woman never included speaking to him about it ... and he says he thinks he deserves to play again in the league.

The ex-Kansas City Chiefs running back made his first public comments about the story TMZ Sports broke -- the video of Hunt shoving a woman to the ground and kicking her. Hunt told ESPN's Lisa Salters, he'd never seen the video until we published it ... and repeatedly claimed he's "not that type of person."

He said all the usual apology phrases -- "I regret the entire thing," and claimed he was going to get treatment for anger management. He has not yet. Mind you, the incident happened back in February.

As for what led up to his violent attack that night in the Cleveland hotel/residence where he lives ... Hunt would only say, "Honestly, it was just a long night. To be exact, it don't really matter ... I was in the wrong."

He claims he'd only met the woman once before and, "Honestly, I wanted her just to leave, but it's no excuse." Hunt says after seeing the video, "I thought of myself as being ... that's not me. I was raised better than that."

The biggest shocker was his claim the NFL never questioned him. Our NFL sources say the league opened an investigation back in February -- after the incident was first reported. It's shocking the league's investigation would NOT include speaking directly to Hunt.

As we first reported, we're told the league made multiple attempts to see the video we posted -- but the hotel/apartment building said it would only release it to law enforcement, and Cleveland PD also refused to give it to the league.

Hunt insists he deserves a second chance because everyone who knows him -- including women -- knows he's respectful, and "I made a bad decision at that time and I just hope that people forgive me." 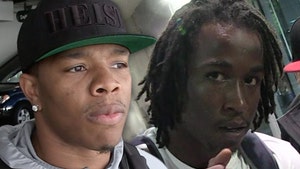 Ray Rice Offers to Help Kareem Hunt, 'He Has a Long Life to Live'