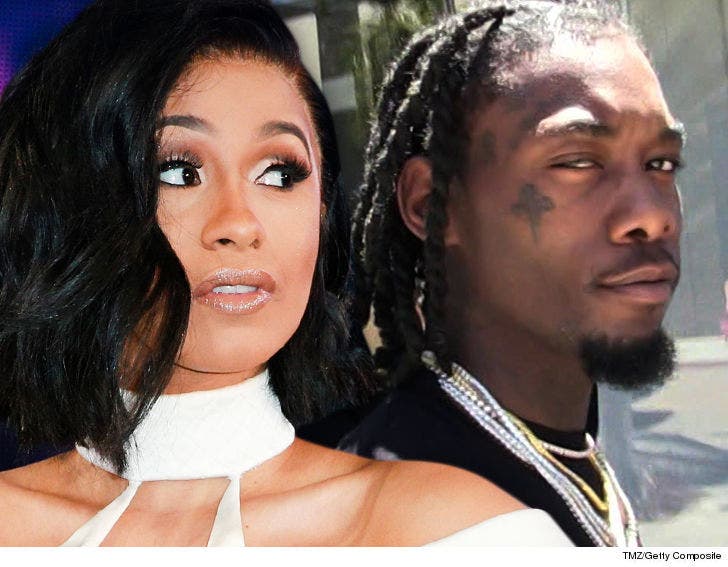 12:43 PM PST -- Cardi just took to social media for another one of her video explainers, in which she assured folks that her split with Offset was no publicity stunt. Unclear if she's directly responding to Offset's Twitter plea or talk of her switching up the lyrics to 'Motorsport,' but either way ... she's putting any of those rumors to rest. 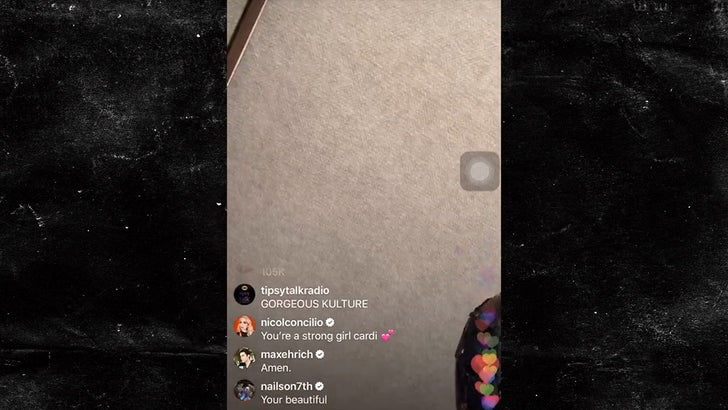 11:00 AM PST -- It's now clear Cardi has her husband's attention. Offset just admitted on Twitter ... he misses her. Reconciliation? Door opened?

Cardi B and Offset's breakup is now fueling her live performances -- she dropped the big "D" into one of her biggest hits with her now estranged husband.

When Cardi took the stage for Chicago's Jingle Bash show she performed "Motorsport" -- the Migos hit featuring her and Nicki Minaj -- but she switched up the lyrics to reflect her split from Offset.

Cardi B remixed the lyrics to ‘Motor Sport’ to say “I turn Offset on. I told him the other day we should get divorced” 😂🤣 pic.twitter.com/tIeK8XXCmK

She rapped during the Saturday night set ... “I get up set off. I turn Offset on. I told him the other day, yeah, we gon' get a divorce!”

The crowd definitely took note of Cardi's edit on her verse. The big question: Is Offset paying attention?

Makes sense Cardi added the "divorce" line -- as we reported, she also did the show without her massive 8-carat diamond ring. 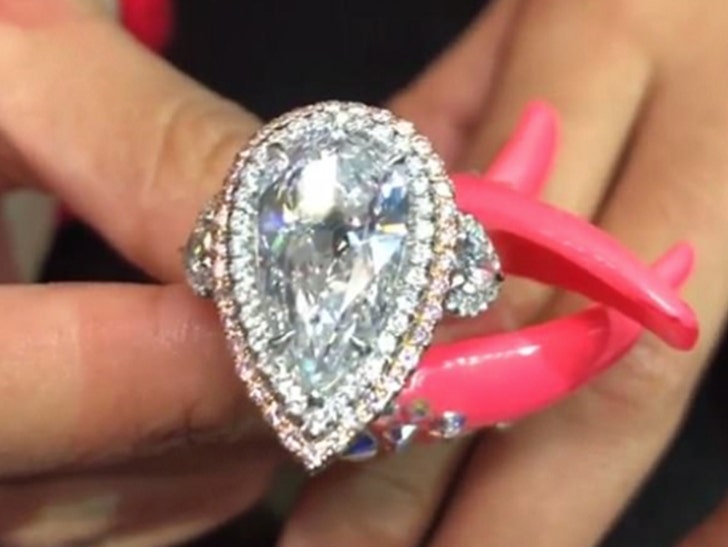 We know what you're thinking, and the deal is ... it's Cardi's to keep. Once they tied the knot, Offset lost all rights to the rock. 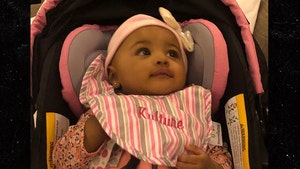