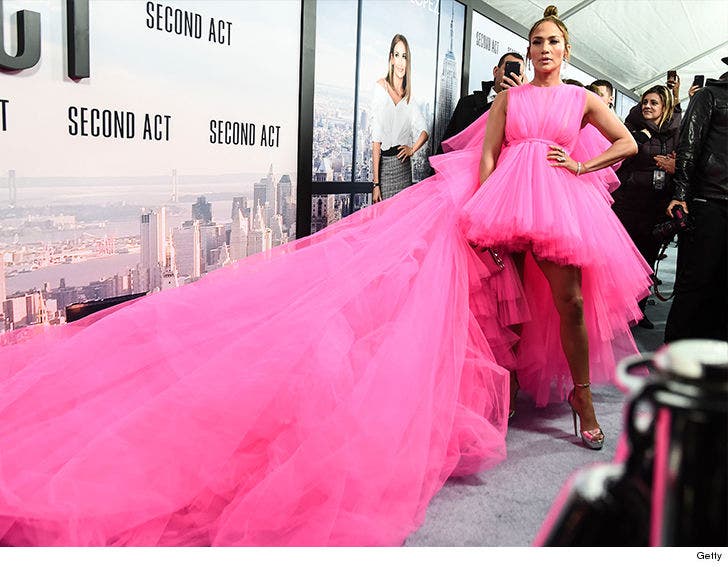 Jennifer Lopez was front and center for the world premiere of her new movie ... and, eventually, the rest of her dress caught up with her.

J Lo showed out in an extravagant pink tulle high-low gown Wednesday night in NYC for the debut of her flick, "Second Act." As you can tell, the outfit was over-the-top -- with a loooong trail of fabric she had to be mindful of as she posed for pics.

That said, would you expect anything less from Jenny? She's kinda famous for moments like this ... just sayin'. And hey, the fashion choice paid off ... folks were wowed. 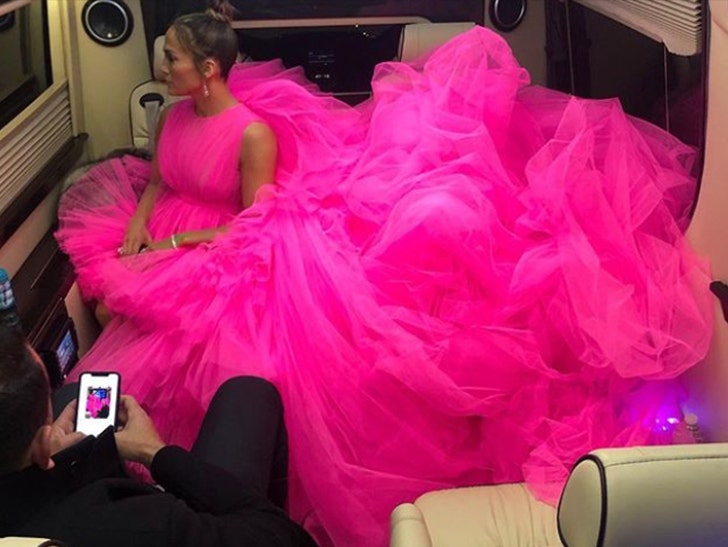 As much room as Jen had out on the red carpet of the Regal Union Square Theatre to strut her stuff, she looked a bit cramped in the car with A-Rod on the way over ... where the ruffles from the dress looked like a whole other person occupying the seat next to her.

Sometimes ya gotta sit tight to go out in style, we suppose. 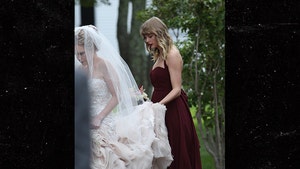