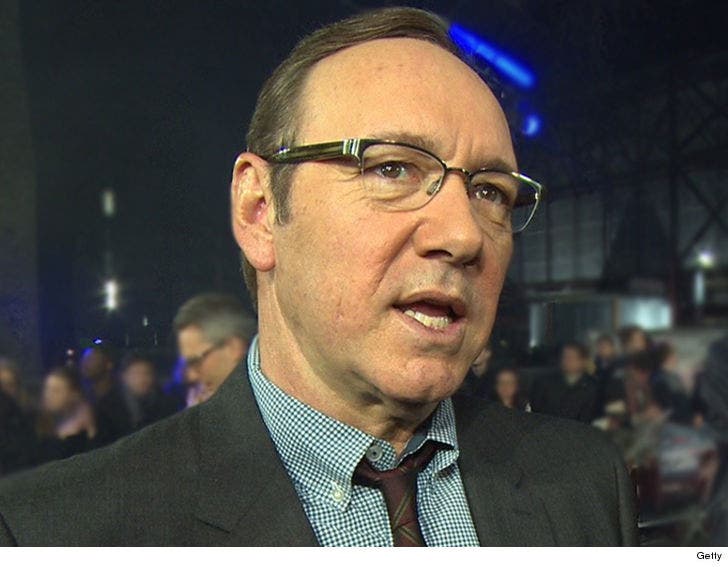 Kevin Spacey's lawyers tried to torpedo the sexual assault charge he now faces by trying to convince a judge ... a sexual assault victim does not let his assailant grope him for 3 minutes.

Spacey's lawyers went to court last week ... trying to get an order blocking prosecutors from filing charges ... on grounds of insufficient evidence.

According to the transcript -- obtained by the Boston Globe -- Spacey's lawyers argued the man -- who was 18 at the time -- did not report the incident to authorities the night it happened or even the next day. The lawyers say he wasn't interviewed in person for more than a year.

The alleged victim is the son of former Boston news anchor Heather Unruh, who publicly came forward last year, accusing Spacey of groping her son at the Club Car bar on Nantucket.

Spacey's lawyers say the alleged victim told cops he was the one who approached Spacey in the bar, eventually exchanging phone numbers with the actor. They also claim he lied about his age, saying he was 23.

The lawyers disclosed Unruh told cops he drank between 8 and 10 drinks -- beer and whiskey -- in a little over an hour and was so drunk he may have blacked out.

The lawyers' big point-- Unruh allegedly told investigators Spacey groped him for around 3 minutes, claiming he didn't move away from Spacey or tell him to stop. Attorney Alan Jackson told the judge, "That's an incredibly long time to have a strange man's hands in your pants, correct?"

The alleged victim told cops he couldn't easily move away because the bar was packed.

The alleged victim sent his girlfriend a Snapchat video during the encounter, but Spacey's attorney says all it shows is someone's hand touching another person's shirt ... but no groping.

However, according to court docs ... the GF claims the vid shows Spacey touching the front of the alleged victim's pants by his crotch.

The lawyers failed in their bid and Spacey was charged with felony indecent assault and battery.

Spacey released a bizarre video a few days ago, playing the role of his former character on "House of Cards," President Frank Underwood, urging people not to prejudge the case.