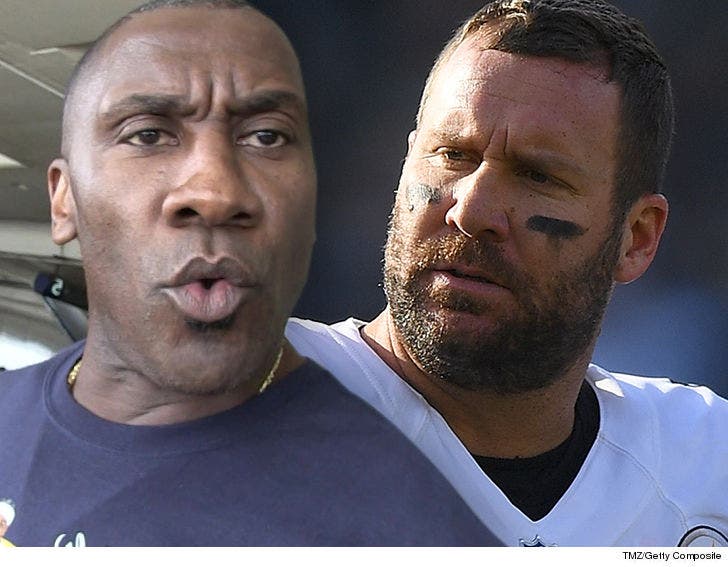 Shannon Sharpe just went scorched earth on Ben Roethlisberger ... saying the QB is a "terrible leader" who's the problem in Pittsburgh 'cause he's "a finger pointing, divisive, selfish player."

Of course, seems Big Ben would disagree ... 'cause the Steelers superstar said on a radio appearance this week that Le'Veon Bell deserves blame for Pitt's demise this season.

"It hurts you when you don’t have one of the better players in the game,” Roethlisberger said ... “but I think the biggest thing that hurts us was that it was a distraction."

Sharpe couldn't believe the QB went after the team's star running back ... so Sharpe blasted HIM for being the real problem in Pittsburgh.

"Big Ben is terrible leader. He’s a finger pointing, divisive, selfish player. Who constantly looks for someone to blame or throw under the bus for his shortcomings," Sharpe said on Twitter.

"Le’veon situation was the prob now. Le’veon wasn’t the reason 7-2-1, but the problem for missing playoffs. FOH"

Ben does own two Super Bowl rings and is destined for the Hall of Fame -- but Sharpe ain't alone in criticizing the QB's leadership.

Ben has taken heat from many recently -- especially after he seems to be one of the key reasons Antonio Brown is beefing with the team.

But -- doesn't seem Mike Tomlin's buying all that chatter ... 'cause the coach didn't mention Ben when he talked about how "disappointed" he was in A.B. at his press conference Tuesday.