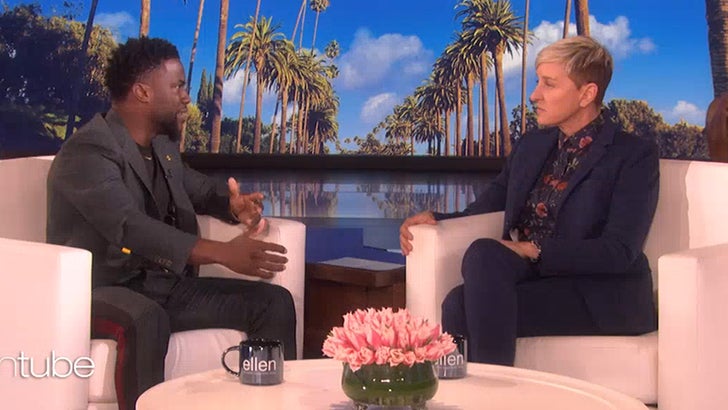 10:27 AM PT -- We've tried for 4 hours to contact the Motion Picture Academy to confirm the conversation Ellen recounted on her show -- that the Academy still wants Kevin to host the Oscars. No one has responded to our emails or taken our calls.

10:06 AM PT -- Ellen is now responding to the backlash, stating on social media, "However you feel about this, the only positive way through it is to talk about it. Thank you for being here, @KevinHart4real."

Ellen DeGeneres is being skewered on social media for reducing the criticism of Kevin Hart's homophobic comments to an attack by a small group of internet haters.

Kevin Hart is appearing on Ellen's show Friday, and DeGeneres launched a full-court attack on people who still have issues with Hart saying things like, "If my son comes home & try's 2 play with my daughters doll house I'm going 2 break it over his head & say n my voice 'stop that's gay.'" Hart also said in one of his comedy specials, "One of my biggest fears is my son growing up and being gay."

DeGeneres seemed to say the gay community is fine with Hart's vague apology back in 2014 and his more recent post in 2018, in which he said, "I sincerely apologize to the LGBTQ community for my insensitive words from my past."

DeGeneres and Hart dismissed the critics as trolls, and she then doubled down and said it was Kevin's "right" to host the Oscars.

There's a huge backlash against DeGeneres for her defense and vicious attack on Hart's critics ... some calling it "a massive f***ing betrayal."

Hart called the criticism of him "a malicious attack on his character" where people went back to 2008 to dredge up his comments. Point of fact ... he made homophobic comments years later as well.

There are some who are outraged Ellen is putting herself out as speaking for the entire LGBTQ community, one person tweeting, "To Ellen. Unfortunately Mrs Ellen, this ain't your fight. The harm is done and this man hasn't learned."

Toward the end of the show, Hart suggested Ellen has made him rethink his decision to walk away from the Oscar gig, saying, “You have put a lot of things on my mind. Leaving here, I’m promising you I’m evaluating this conversation … Let me assess, just sit in the space and really think.” 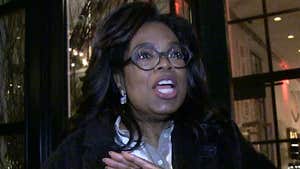 Oprah Winfrey Says No Way, No Way Would She Host Oscars