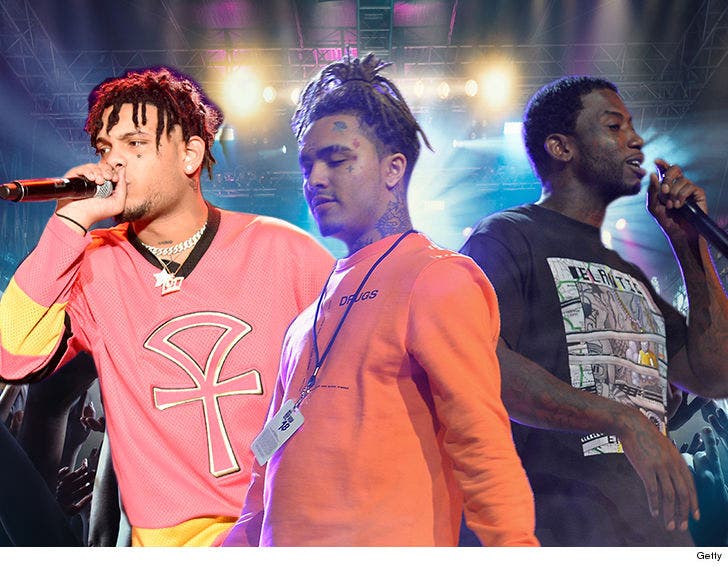 Gucci Mane, Lil Pump and Smokepurpp are performing together for the first time at Coachella under the stage name Gucci Gang ... and we're told the trio will use the gig as a springboard to become rap's next big thing.

Sources close to the rappers tell TMZ ... Gucci Gang is in talks for future performances beyond Coachella. We're told they'll soon be working with some of the hottest upcoming artists, producing tons of new tracks.

Lil Pump was just seen in the studio with superproducer Scott Storch and surging artist Blueface ... and we're told they're working on a future collab for Gucci Gang. 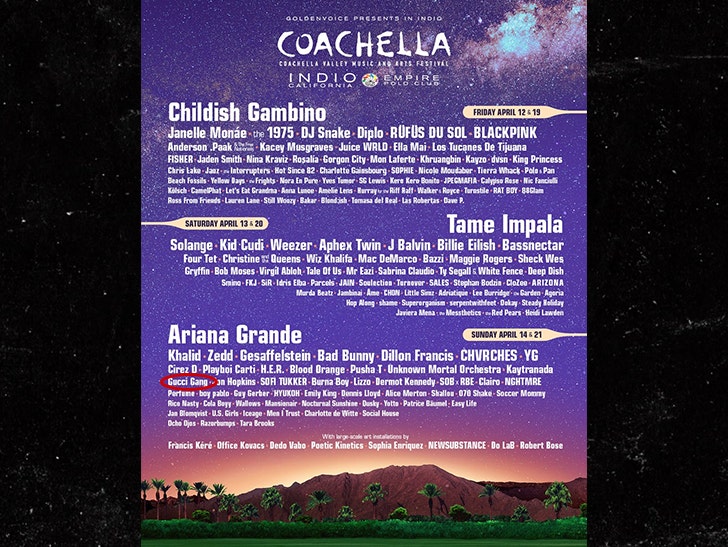 When Coachella announced its lineup featuring Gucci Gang, everyone thought it was a typo for Gucci Mane or Lil Pump, but it turns out this new group has been in the works for years.

Pump and Smokepurpp have been buds for close to 7 years, and Gucci Mane has been a major influence on Pump's career. Pump and Gucci collaborated in 2017 and '18 ... and we're told the trio first started calling themselves Gucci Gang as a joke, but it's since morphed into a full-fledged group.

It sounds like Gucci Gang is aiming to unseat Migos -- as one source put it, they've got the talent to take over as hip-hop's next supergroup.