1/20/19 -- The student who came face-to-face with Nathan Phillips has released a statement to the media about what he claims actually happened Friday. Nick Sandmann, a junior at Covington Catholic High School, says he and his classmates were waiting for their busses to arrive at the Lincoln Memorial when a handful of African-American protesters began shouting "hateful things" at the group of boys. Sandmann says that he and his classmates were given permission by their adult chaperones to sing their school spirit chants in response. At some point during this chanting, Sandmann says a separate group of protesters from the Indigenous People's March approached his group, and claims that Nathan Phillips then "waded" into the crowd with his drum. Other videos that have surfaced online appear to show Phillips doing exactly that.

Here is a video clearly showing that Nathan Phillips approached the students. On the basis of the evidence we now have, I believe that people who issued categorical and one-sided condemnations of the students should retract and apologize. pic.twitter.com/GxmXcMuQgC

Sandmann says Phillips singled him out for some reason and walked right up to him ... and the clip that has since gone viral is what happened shortly after. Sandmann says he did not provoke Phillips, nor did he block him from going anywhere. He says he only smiled because he sensed Phillips and his group were trying to incite a larger confrontation, and he wanted to communicate that he wouldn't engage. Sandmann says he respects Phillips for his service as a Marine vet, but does not approve of his methods -- namely, getting in people's personal spaces. Sandmann also says he will be cooperating with his school's investigation into the matter. His full statement can be read below.

Just in: Statement of Nick Sandmann, Covington Catholic High School junior, about the event at the Lincoln Memorial: pic.twitter.com/PkuMh2cVZM

5:56 PM PT -- A spokesperson for the Roman Catholic Diocese of Covington says the confrontation between a horde of Catholic high school boys and the Native American war vet is under investigation, adding that students could be expelled. In a statement, the spox says ... "We condemn the actions of the Covington Catholic High School students towards Nathan Phillips specifically, and Native Americans in general, Jan. 18, after the March for Life, in Washington, D.C. We extend our deepest apologies to Mr. Phillips. This behavior is opposed to the Church’s teachings on the dignity and respect of the human person."

A mob of MAGA hat-wearing teenagers swarmed around a Native American man to harass and drown out his peaceful demonstration -- and the scene was tense.

The face-off went down Friday at the D.C. National Mall -- near Arlington National Cemetery -- where Omaha elder Nathan Phillips was drumming and singing toward the tail end of the Indigenous People's March. Phillips was a marine during the Vietnam War, though he was never deployed.

According to local reports, a large group of men -- including many young boys who were wearing MAGA gear -- descended upon Phillips and began mocking him ... with one student getting right up in his face as he peacefully tried reciting his song.

What's depicted here is alarming ... many of the boys are mimicking Phillips' singing in a demeaning manner as they surround him and a few lingering marchers. As you can see, one of the boys stands face-to-face with Phillips with a smug grin on his face as he continues to drum.

Phillips addressed the altercation afterward in an emotional explanation of why he was singing, and how he internalized what had just happened to him. He explains how youth used to interact with elders, and how times have changed for the worse.

His name is Nathan Phillips. A Vietnam veteran. Here he speaks about the incident.

“I wish I could see that energy, of that mass of young men, making this country really, really, great... Helping those that are hungry.”

Fortunately, there are no reports of violence breaking out ... but it appears these kids were on the verge of something nefarious. Some of the boys have been reported as Covington Catholic High School students in Park Hills, KY. It's unclear why they were in D.C., but it's possible they were there in support of the March for Life, which took place the same day.

Students from Covington Catholic High School in Kentucky wearing #MAGA hats mocked an elder at the #IndigenousPeoplesMarch on the national mall. The Superintendent of Schools Diocese of Covington @supmikeclines was in DC with them.
Call the Catholic school at 859-491-2247 pic.twitter.com/K4h3t9WFts

Covington's website temporarily crashed Saturday as tons of people demanded answers from Principal Bob Rowe and other faculty. A communications rep for the Roman Catholic Diocese of Covington released a statement on the matter saying, "We are just now learning about this incident and regret it took place. We are looking into it."

Ironically, CCHS' mission statement reads ... "At Covington Catholic, our primary purpose is to embrace the gospel message of Jesus Christ in order to educate young men spiritually, academically, physically, and socially. With this focus, we are Building Minds and Living Faith."

We've reached out to Covington Catholic High School for comment ... it appears their phone line is busy, as calls are not going through. 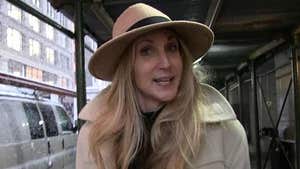 Ann Coulter Says Wisconsin Pic Isn't What it Seems, 'There Are No Nazis in America' 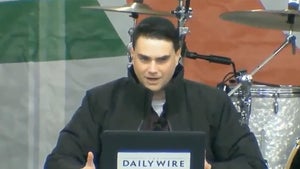 President Trump You Might Want to Rethink Politix Controversial S#!T