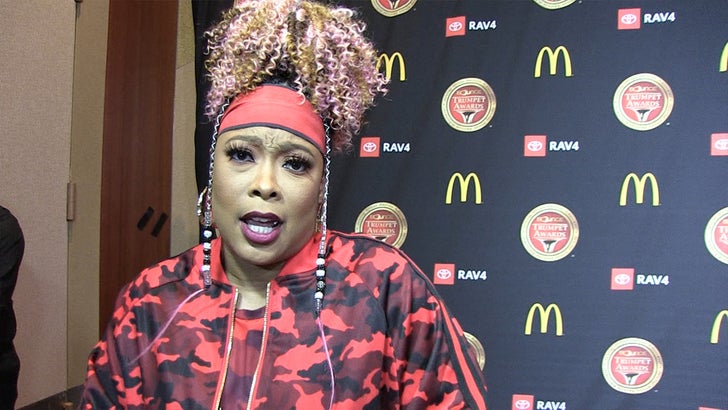 Da Brat has quite the hot take on R. Kelly ﻿-- she's questioning the role of his alleged victims' parents, and asking one simple question ... do ya keep track of your kids?

We got the legendary femcee Saturday at the Trumpet Awards in Atlanta, where we asked her about R. Kelly -- whom she says she's close with and has shared history. DB and R. Kelly went to the same Chicago high school, and he even wrote her 1st demo record.

Da Brat tries to walk a tight rope here at first, saying she doesn't believe the women in "Surviving R. Kelly" are lying -- and acknowledging R. Kelly probably does need to get help -- but she eventually makes it clear where her allegiance lies ... it's with him.

Then she drops a bomb -- asking point blank, "Where are the parents?" She says the parents of the young women who are allegedly being held captive by R. Kelly need to take responsibility and get a grip on where their children are at, and who they hang out with.

Regarding his music ... she says she's not deleting one R. Kelly song from her playlist.