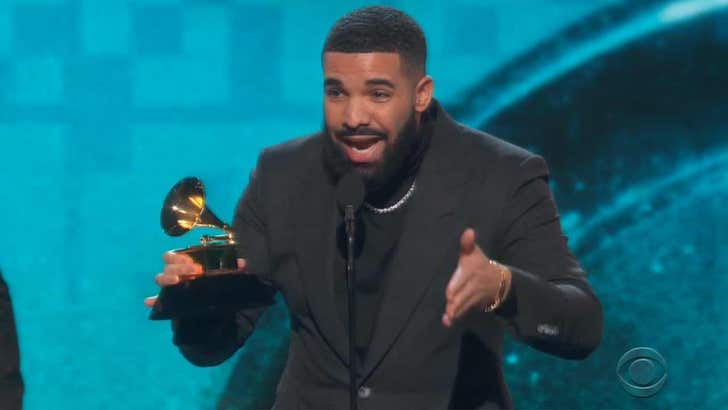 2/11 -- A rep for Drake now says the rapper's speech wasn't cut off and interpreted a pause as the speech's conclusion. The rep added, "Producers did speak with Drake following his speech and did offer him to come back onstage to finish whatever his thoughts were." Drake declined ... saying "he was happy with what he said and had nothing else to add to it."

Drake had a lot to say after winning his latest Grammy -- but, apparently, he went a little too long ... 'cause the show cut him short before he was done with his remarks.

Drizzy accepted his award for Best Rap Song Sunday night -- taking the prize for "God's Plan" -- and toward the tail end of his acceptance speech ... it appeared he was cut off by the showrunners, who sent the telecast to a commercial break.

The timing was slightly awkward. Drake was downplaying the importance of awards, telling his fellow artists that as long as people were shelling out for their shows ... they were already winning, 'cause that's all that matters at the end of the day.

He seemed to be done with that train of thought and took a long pause, but then suddenly ... he tried launching into a new subject with a "but."

Unfortunately, the cameras had already started to zoom out -- signaling that the show was going to cut a break. Drake didn't get to finish his thoughts ... at least not on the air.

Also interesting ... Drake reportedly declined to perform at this year's award show, but was willing to show face to collect his hardware. 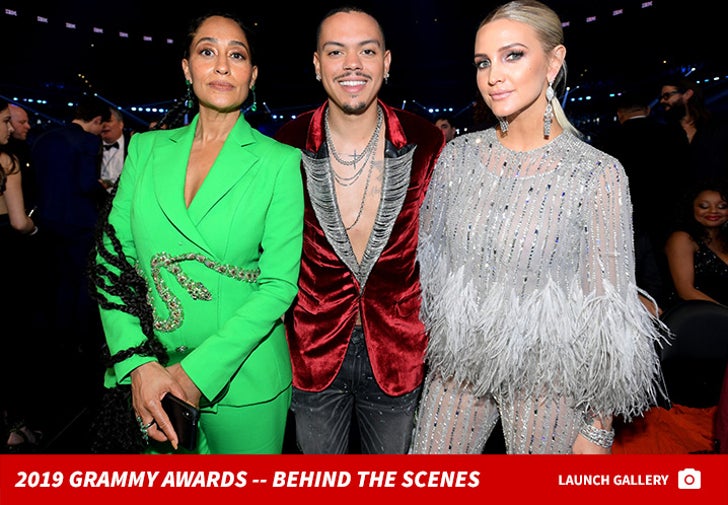 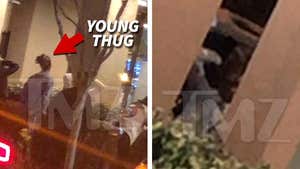