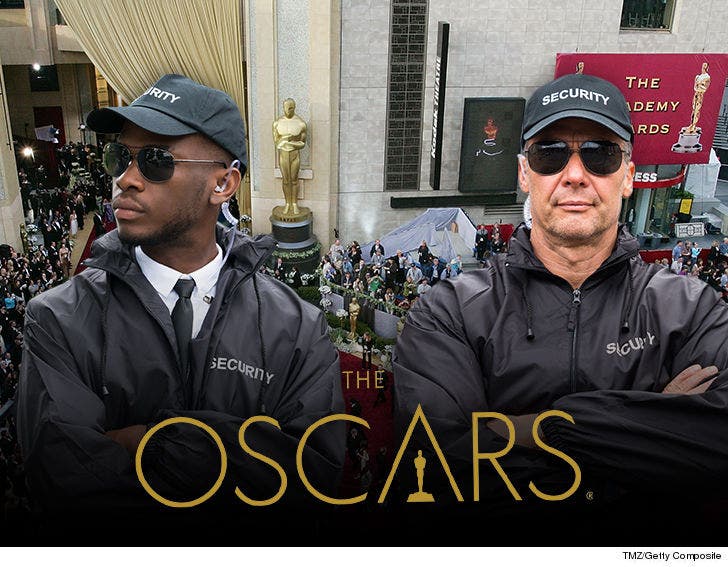 Whatever money The Academy's saving by bailing on a host this year is apparently being put to good use -- beefing up security to ensure there's not a terrorist attack or other act of violence ... or Oscar hijinks.

Law enforcement sources tell TMZ ... the Academy is plunking down close to $150,000 on around 190 additional uniformed police officers to patrol the 91st Academy Awards Sunday at Hollywood's Dolby Theatre. We're told cops will be stationed at posts all around the venue, and LAPD will utilize cameras, plain-clothed officers and help from the feds.

Our sources say another focus will be stopping trespassers and people trying to sneak into the show with false credentials -- there's a zero tolerance policy and anyone busted will be charged with trespassing.

Cops will also be on the lookout for Oscar thieves ... to avoid any sort of fiasco like Frances McDormand dealt with last year.

You'll recall ... the actress had her Oscar stolen off a table at The Governor's Ball afterward, and the guy posed with and kissed the award on video. He was quickly caught and booked for felony grand theft.

All of this might explain why Vanity Fair is also spending big bucks -- according to law enforcement -- for its annual Oscars party. We're told the cost for the magazine to shut down streets, hire cops and cover lost parking meter revenue is almost $83k.

You Might Want to Rethink Awards / Awards Shows Exclusive The Oscars