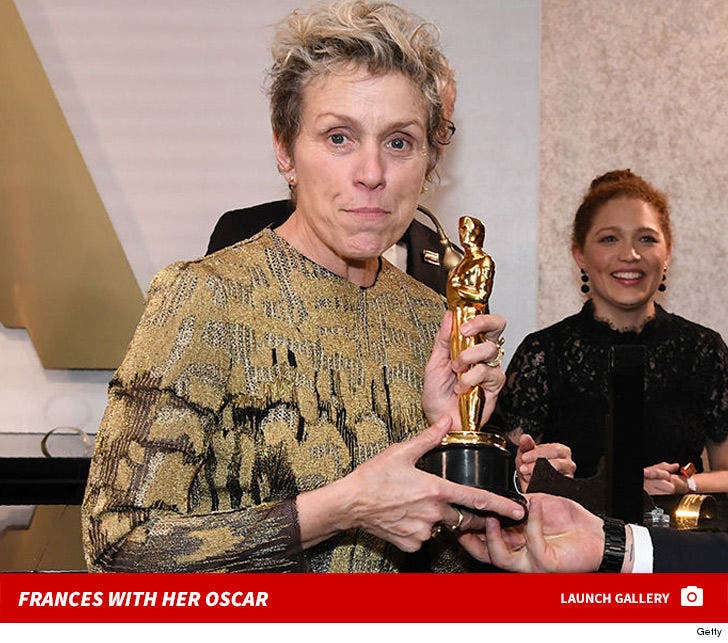 11:42 AM PT -- Law enforcement sources tell us the thief was apprehended by cops just before he got on an escalator to leave the event.

The guy who stole Frances McDormand's Oscar has been arrested ... TMZ has learned.

Law enforcement sources tell us the man who swiped the Best Actress statue from Frances' table at The Governor's Ball Sunday night has been booked on felony grand theft.

Security at the Governors Ball are looking for this guy, who grabbed Frances McDormand’s Oscar and ran out with it. Wolfgang Puck’s photographer stopped him, got the Oscar back, and the guy disappeared back into the ball. Apparently Frances has said to let him go. #Oscars #Drama pic.twitter.com/5tlsx4Ulwt

The thief was photographed with the stolen hardware just before he was nabbed. Frances noticed her Oscar was MIA from the table and notified security at The Governor's Ball at the Hollywood & Highland Center. Security found the guy with Oscar in hand and turned him over to cops when they arrived.

Frances took home the award for Best Actress for her role in "Three Billboards Outside Ebbing, Missouri."

Shortly after the incident, a rep for Frances said, "Fran and Oscar are happily reunited and are enjoying an In-N-Out burger together." 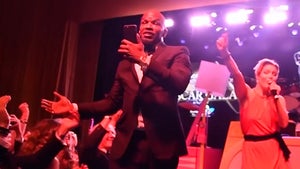 Jamie Foxx Is The Life Of the Oscar After-Party