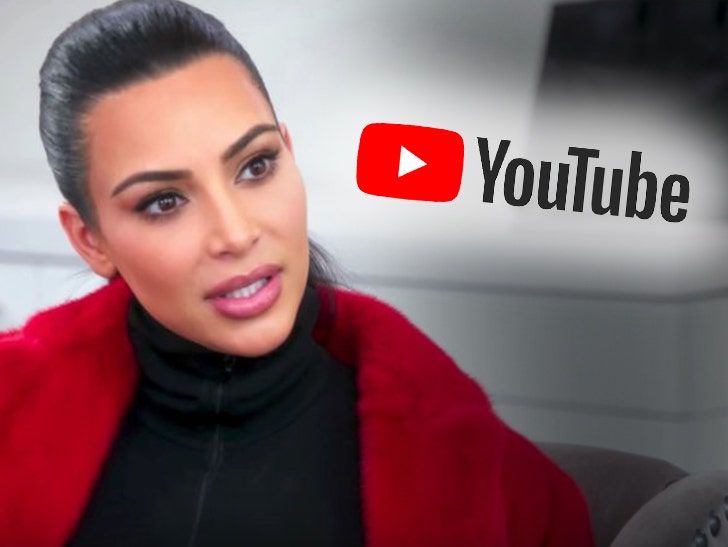 Kim Kardashian's put herself squarely in the middle of the modern-day ghost story known as the "Momo Challenge."

Kim is ﻿begging YouTube to help remove all "Momo Challenge" videos. If you haven't heard about it ... the videos contain a creepy figure popping up, instructing kids to kill themselves ... and intimidating them to keep the video secret from parents.

Kim posted a plea for YouTube to get on the stick and shut it down, but the video platform tells us they've seen no evidence the 'Momo' clips actually exist. At this point ... it's more urban myth than a real thing. 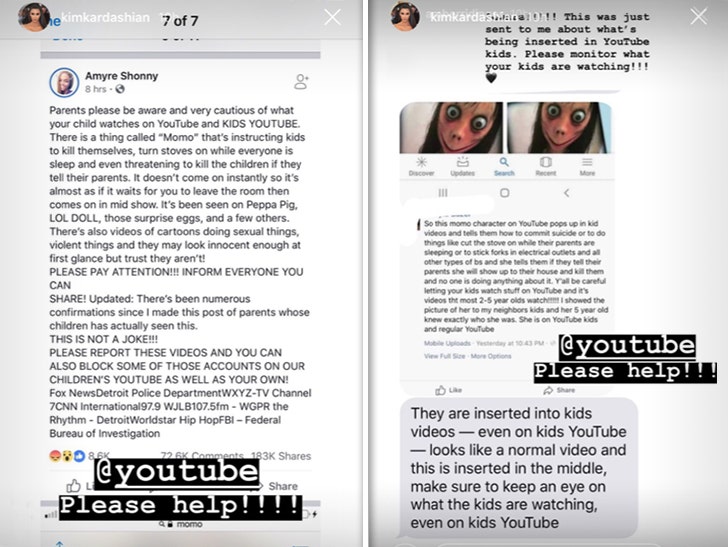 Kim reposted a bunch of messages from concerned parents who've heard about the "Momo" -- although we suspect none have seen it themselves. 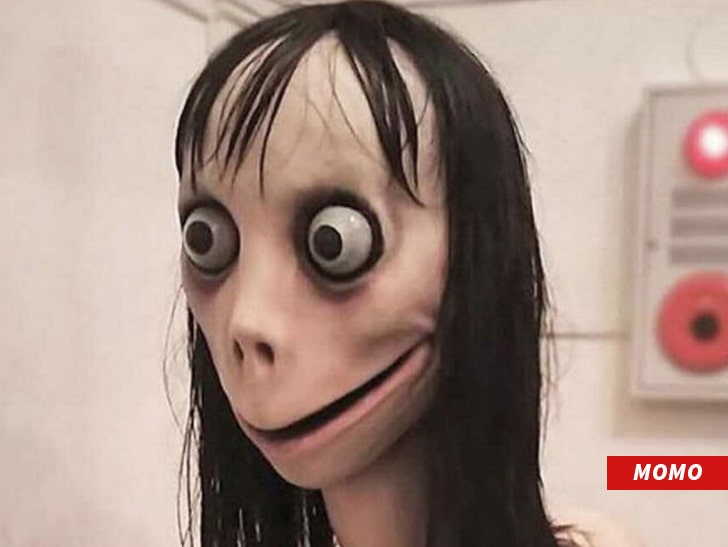 YouTube tells us it hasn't received any evidence of videos showing or promoting the "Momo Challenge" on its platform. If it does exist, YouTube says it would be a clear violation of its policies ... and would, therefore, be removed immediately.

It's unclear if Kim and Kanye's kids have encountered 'Momo' themselves, but it's clear Kim wants to prevent anything bad from happening. 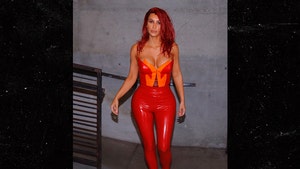 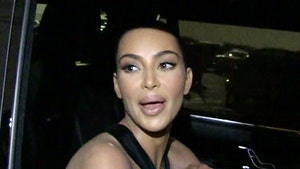