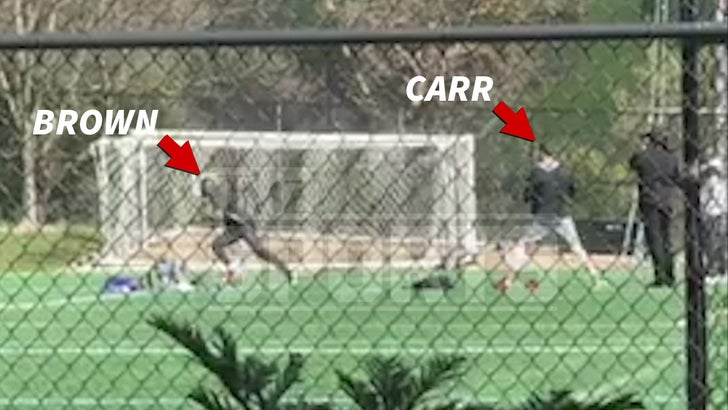 Antonio Brown is hitting the ground runnin' in Oakland ... 'cause he's ALREADY working out with his new QB, Derek Carr -- and TMZ Sports has the video!!!

The newest Raider superstar and the team's stud QB hit a park near the team's practice facility in the Bay Area on Tuesday ... and crushed their first-ever workout as Raiders teammates.

You can see in the video ... Brown's catching passes from D.C. like the two have already been teammates for years!!!

At one point, Brown even practices his TD celebration by jumping on a light pole and sliding down!

It's interesting ... 'cause AB blasted Ben Roethlisberger for never meeting up with him to play catch in the offseason -- so, seems Carr already knows how to keep his new receiver happy. 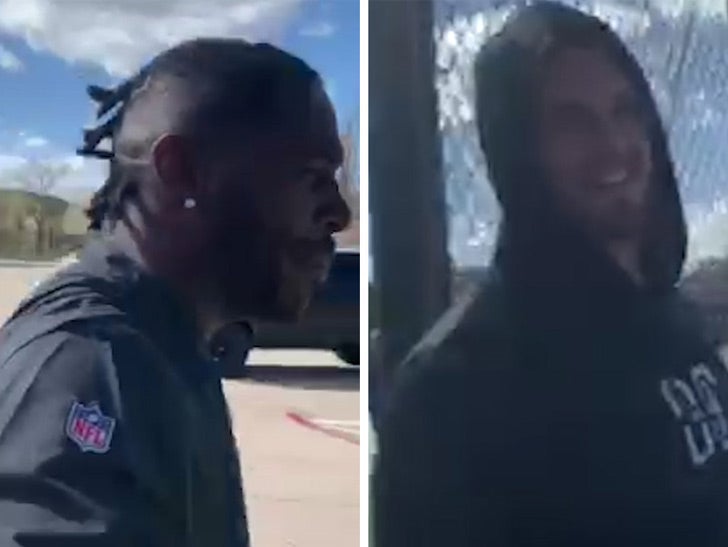 Brown was just traded from Pittsburgh to the Raiders on Saturday for a 3rd-round pick and a 5th-round pick in next month's NFL draft ... a move some are calling a steal for Oakland.

Seems AB's all fine with it ... the receiver's posted non-stop about the move -- even shouting out Carr on social media saying, "Love at first Sight." 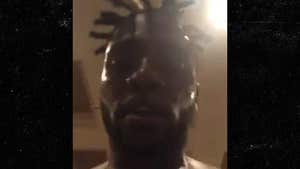 Antonio Brown to NFL Teams, 'Got Guaranteed Money? Call Me!' 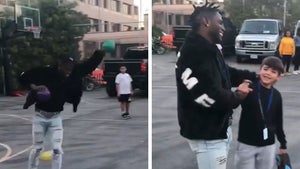