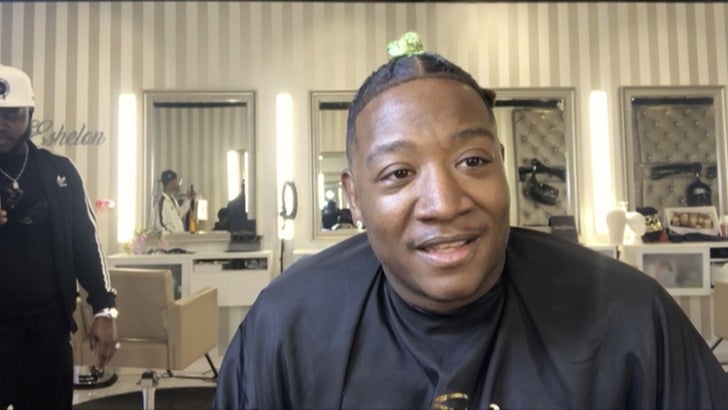 3/25 -- The rapper and his creative barber tell TMZ ... the 3D haircut was a delicate affair that required mastery precision. Check out the vid ... they REALLY paid attention to detail. Joc also told us his new shower routine to keep the hairdo intact.

Yung Joc is back on his hair cut game -- this time he's paying tribute the late and great Tupac Shakur by getting him imprinted on his head ... in 3D, no less.

Joc showed off his new 'do Sunday on social media, and it's a VERY detailed portrait of Pac with the haircut he was rockin' on "Juice" -- a flattop, if you'll recall. 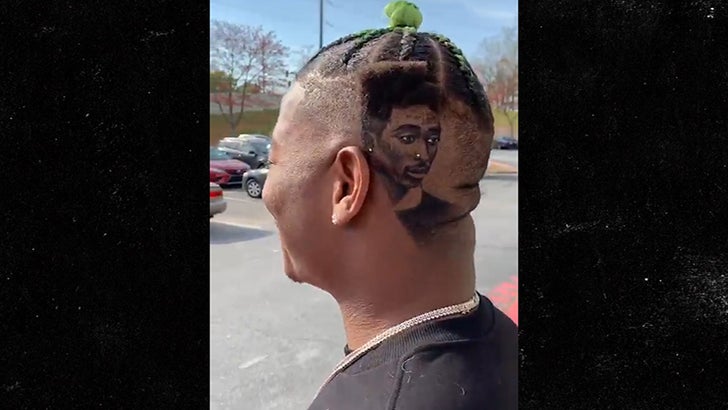 Even crazier ... Pac's "hair" is actually popping out of Joc's own head, as the barber left a patch of his hair to capture the real-life effect. In his video, you can hear Joc's pals admiring the work, and for good reason ... it looks incredible.

He notes he'll have to be careful with it since it's on the side of his dome. Like he says, one scratch can screw up the image.

This isn't the first time Joc has played around with different hairstyles ... he tried to one-up Usher a few months back with a retro pompadour 'do that was a throwback to the '50s and '60s.

Going from that to this is a BIG change ... so we'll obviously have to be on the lookout for Joc's hair moves from now on. Duly noted ...