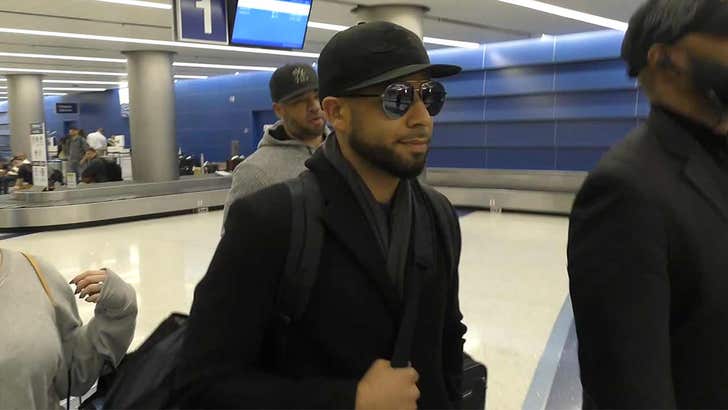 Jussie Smollett is back on the west coast and the timing is interesting ... considering he's up for a big award in L.A. this weekend.

The embattled "Empire" actor landed at LAX Wednesday night, where he was flanked by security guards and family members as paparazzi peppered him with questions, like whether he thinks he'll get his career back on track ... and if he thought he wasted the Chicago PD's time.

Jussie remained tight-lipped and made his way to a waiting car.

His arrival makes sense ... he's nominated for Best Supporting Actor at the 50th NAACP Image Awards for his "Empire" role. That's going down Saturday, and while he hasn't officially said he'll attend ... this is a strong sign he'll be there.

The big question, of course, is will he say anything about the controversial call by the Cook County State's Attorney's Office to drop his 16 felonies? 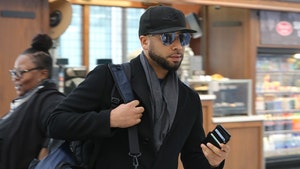