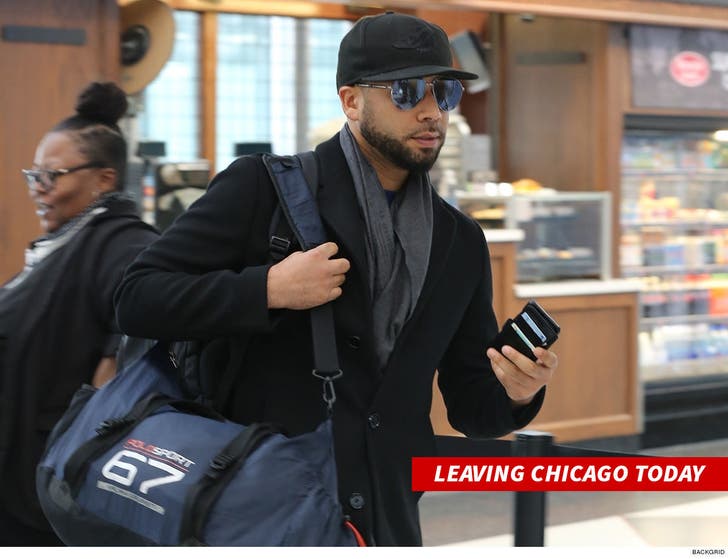 7:09 PM PT -- Jussie's attorney, Patricia Holmes, has just released a statement, condemning the local authorities who "have continued their campaign against Jussie Smollett after the charges against him have been dropped." She continues, "The case is closed. No public official has the right to violate Mr. Smollett's due process rights."

Holmes points out that Jussie is allowed the same rights as every citizen -- that he "is innocent until proven guilty in the court of law" and also has the right to speak freely about his innocence.

She states, "We respectfully request all government agencies involved live up to the ethical tenets of their office ... The case was dismissed. We should all allow Mr. Smollett to move on with his life as a free citizen."

The Cook County State's Attorney has circulated an email asking prosecutors in the office to come up with other examples where they just dropped felony charges the way they did in the Jussie Smollett case ... this, as Jussie was making a hasty retreat out of Chi-Town via O'Hare International Airport.

According to the memo, obtained by the CBS affiliate in Chicago, the brass wrote, "We are looking for examples of cases, felony preferable, where we, in exercising our discretion, have entered into verbal agreements with defense attorneys to dismiss charges against an offender if certain conditions were met, such as the payment of restitution, completion of community service, completion of class, etc."

Here's the problem. Jussie did not do community service. Community service is often part of a plea deal where a certain number of hours is required by defendants who are convicted or cop a plea. In Jussie's case, all he did was spend a few hours over the weekend at Rainbow PUSH. That is not community service.

As for restitution .. Jussie forfeited a $10k bond, and that's it. As the Mayor said, it doesn't come near to paying the cost of the investigation.

Office looking for examples of other cases where charges have been dropped.

One day after charges were droped on Jussie Smollett. pic.twitter.com/5qrzYcw8N7

The email goes on to say, "Nobody is in trouble, we are just looking for further examples of how we, as prosecutors, use our discretion in a way that restores the victim, but causes minimal harm to the defendant in the long term."

The concept of "minimal harm" to the defendant is confusing. Typically what happens is that a defendant would plead no contest to a reduced charge or a reduced number of charges, and maybe get community service and/or pay restitution. That didn't happen in Jussie's case. 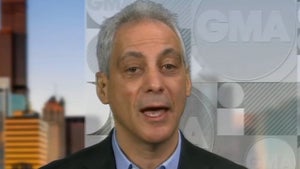 Jussie Smollett Got Better Treatment Than I Would, Says Mayor Rahm Emanuel