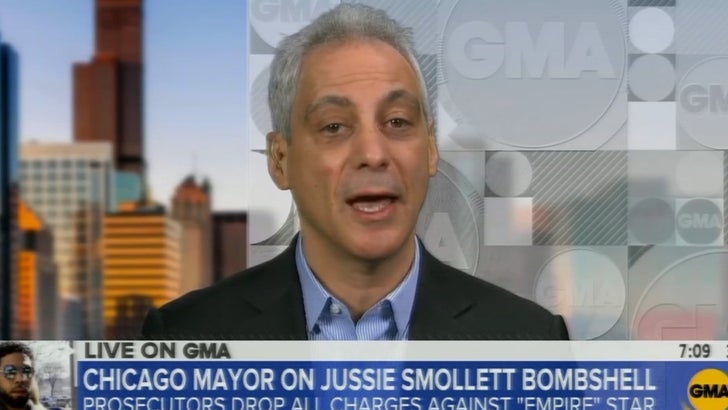 Jussie Smollett got off in his criminal case simply because he's a celeb -- so says Chicago's mayor, Rahm Emanuel ... who stops short of calling this a corrupt move, but certainly insinuated it.

Mayor Emanuel went on GMA Wednesday morning following his blistering attack on the Cook County State's Attorney's Office the day before, after they dropped all 16 charges against Jussie and let him walk scot-free.

The Mayor said flat-out ... if he did the same type of thing, he'd have the book thrown at him.

First Assistant to the State's Attorney Joseph Magats says they decided to drop the charges because it wasn't a violent crime -- and thought Jussie coughing up $10k and doing community service sufficed as punishment. Hizzoner says no one on the outside can make sense of it.

Emanuel doubles down on what he told the media Tuesday -- when he called the decision a "whitewash of justice."