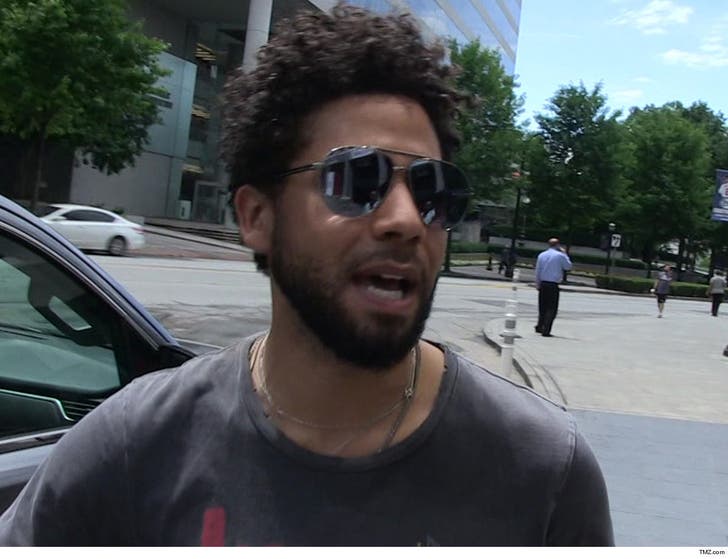 Jussie Smollett is about to get sued by the City of Chicago and, in the process, he could effectively go on trial for allegedly faking the "attack."

As we reported, the City of Chicago fired off a letter to Jussie's people, demanding $130,000 for the cost of investigating the case. Jussie's people told the City to go pound sand.

The City had to wait 7 days before filing a civil lawsuit against the actor. Well the 7 days has now passed, and the City has made its intentions clear -- they are going forward with the lawsuit.

A spokesman for the City says, "Mr. Smollett has refused to reimburse the City of Chicago for the cost of police overtime spent investigating his false police report on January 29, 2019. The Law Department is now drafting a civil complaint that will be filed in the Circuit Court of Cook County. Once it is filed, the Law Department will send a courtesy copy of the complaint to Mr. Smollett's L.A. based legal team." 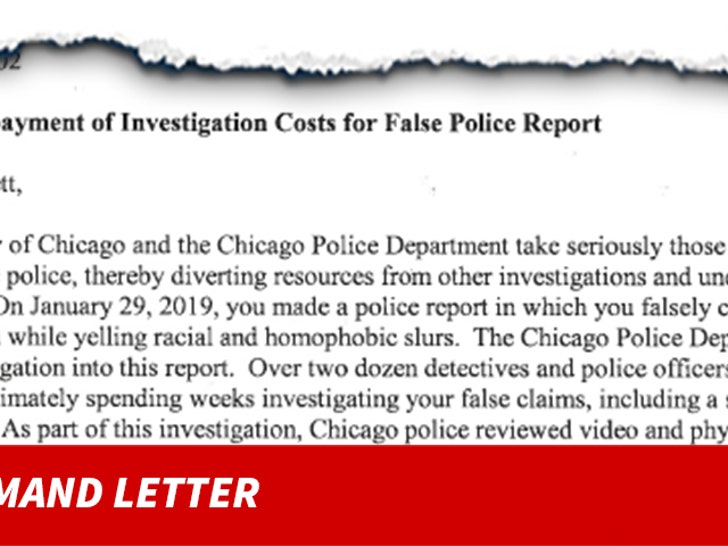 In addition, in order to win, the City must prove that it's more likely than not that Jussie faked the "attack." This, in effect, puts Jussie on trial before an administrative law judge.

As you know, the State's Attorney dropped the criminal case against Jussie where he faced 16 felony counts.