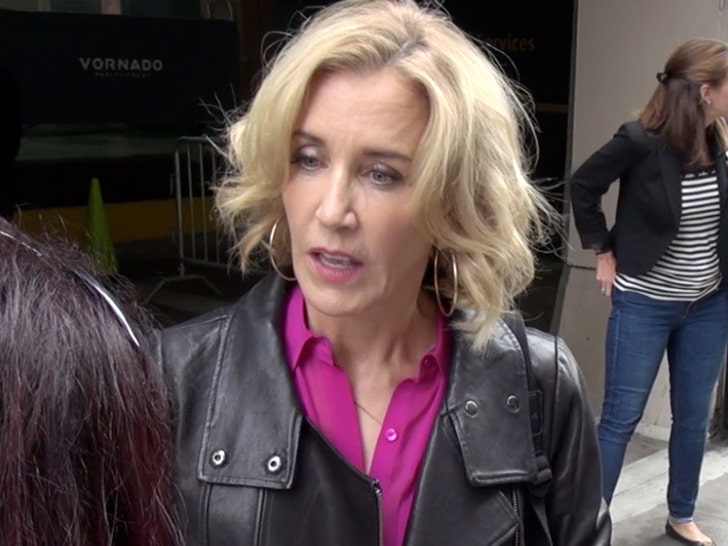 4/9 -- At least one of Felicity's productions is on hold -- the Netflix comedy "Otherhood," co-starring Patricia Arquette and Angela Bassett, was supposed to be available April 26. We're told it no longer has a launch date.

She's co-starring in another Netflix film, "When They See Us" -- about the Central Park Five -- and that's still slated for a May 31 release.

3:23 PM PT -- Felicity's plea deal WILL include prison time after all, IF prosecutors get their way ... but only a little.

According to docs, obtained by TMZ, federal prosecutors are recommending a prison term at the "low end of the sentencing guidelines."

In the docs, the feds say that would be somewhere between 4 to 10 months -- however, Felicity is reserving the right to argue the range should be 0 to 6 months. All of this should be sorted out in sentencing, and it's important to note, these are just the recommendations from prosecutors. The judge will have ultimate say at sentencing.

BTW, they also suggest she pay a fine or penalty of $20k, plus a TBD restitution amount and one year of probation.

Felicity Huffman has thrown in the towel in her college admissions cheating scandal ... agreeing to plead guilty, along with 12 other parents and one coach.

The former "Desperate Housewives" star was one of 14 people who entered guilty pleas Monday. She pled guilty to conspiracy to commit mail fraud as well as honest services mail fraud.

Felicity Huffman, 56, of Los Angeles, Calif, paid Rick Singer $15,000 to rig her daughter's SAT test. The girl had twice the amount of time as normal to take the exam and the proctor corrected her answers afterward. 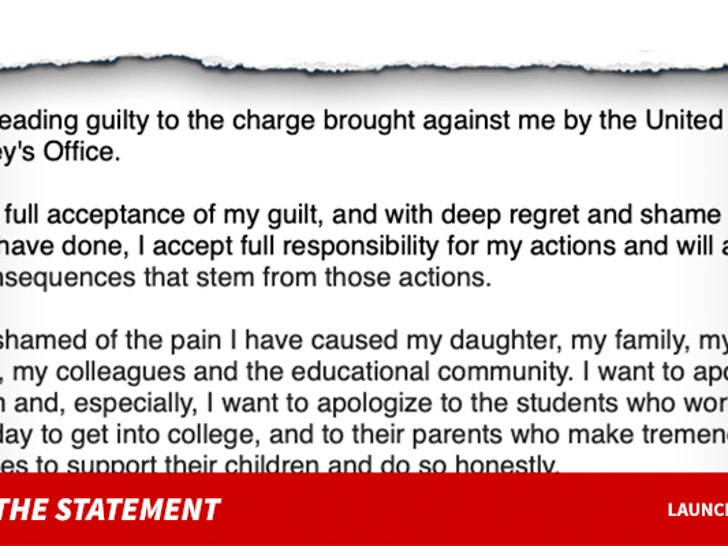 Huffman released a statement saying, "I am in full acceptance of my guilt, and with deep regret and shame over what I have done, I accept full responsibility for my actions and will accept the consequences that stem from those actions."

She continues, "I am ashamed of the pain I have caused my daughter, my family, my friends, my colleagues and the educational community."

As for sentencing ... no word. TMZ broke the story, our sources in the prosecutor's office say they wanted some prison time. The prosecutor recommends a sentence to the judge, and the judge has the final word. 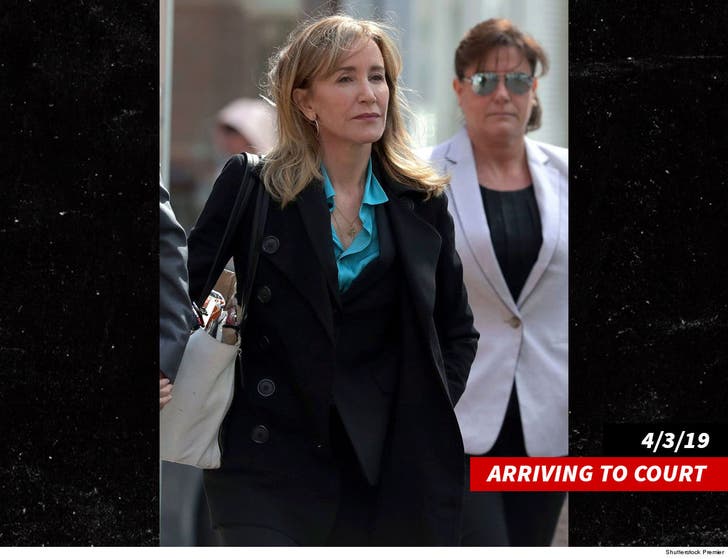 The maximum sentence is 20 years in prison.

Lori Loughlin and her husband were not part of the plea deal. 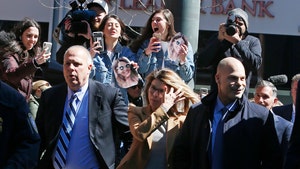 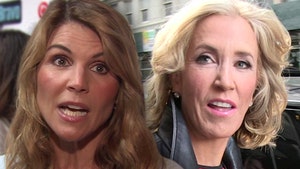