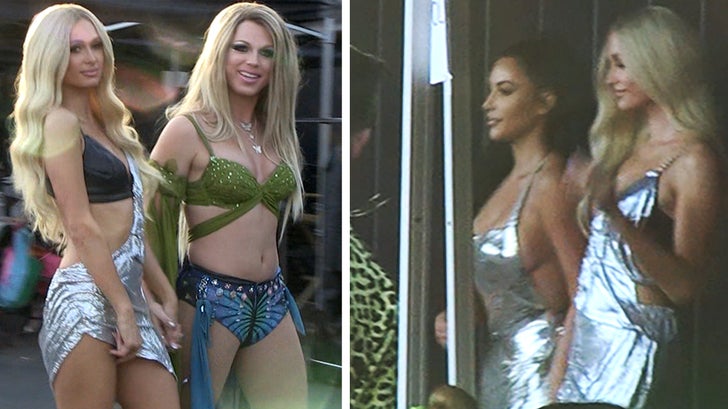 Everything's come full circle for Paris Hilton and Kim Kardashian -- the former besties have solidified their BFF status once again ... thanks to their asses.

Kim was spotted Thursday outside Hollywood's Nightingale Plaza club, glammed up alongside Paris on the set of what looks to be the music video shoot for Hilton's new single with Dimitri Vegas & Like Mike, "Best Friend's Ass."

Paris and Kim have both teased a secret project together on social media ... and now all signs point to it being this music vid.

Along with Kim, Paris was joined by "RuPaul's Drag Race" star and Britney Spears impersonator, Derrick Barry, who was decked out in full "I'm a Slave 4 U" attire.

There were also more drag queens, shirtless hunks and snakes on set ... lots of snakes.

The irony of Paris' new song title is strong. If you'll recall ... when she and Kim had their falling out more than a decade ago, she said she would not want a butt like the famous Kardashian, adding ... "It's gross! It reminds me of cottage cheese inside a big trash bag."

Water under the bridge, apparently. Can't wait to see the music vid! 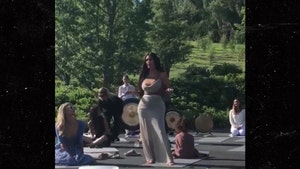 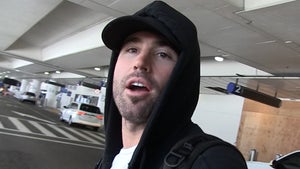