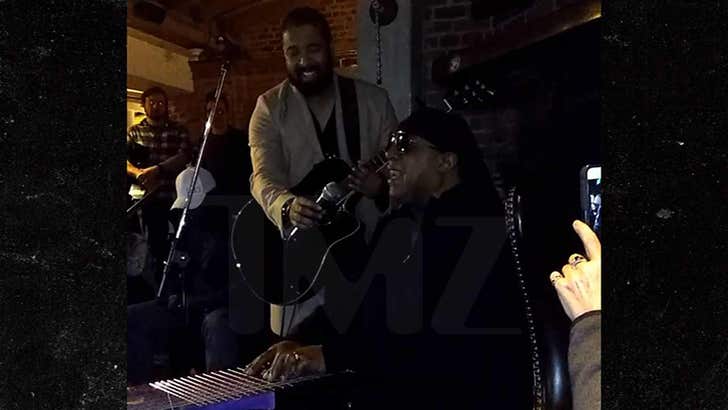 Stevie Wonder pivoted to what he's perhaps best-known for -- his "Fingertips" -- while chowing down in L.A. ... and it caught a lot of lucky dinner-goers by pleasant surprise.

The legendary musician was dining Saturday night at Skylight Gardens in the Westwood neighborhood of Los Angeles, where there was a live gig going on. The mood must've struck Stevie, 'cause we're told at one point ... he decided to hop up to get in on the action.

Stevie opted to play what appears to be something similar to a steel guitar, which lies flat and is plucked using one's fingers. Whatever it is, he definitely knew how to play it -- go figure, right?

Eyewitnesses tell us, Stevie and the lead acoustic guitarist went back and forth for an impromptu 35-minute set, playing some of Stevie's most well-known songs like "My Cherie Amour," "Superstition" ... and even John Lennon's "Imagine."

The guitarist, Nelson Cade III, wrote on IG about the experience, saying ... "An actual life changing moment. I’ve officially been granted the affirmation that every artist desperately craves. It was just a Friday night doing what I love, then it turned into a night I’ll always remember."

We're told the rest of the dinner guests were in awe of the performance, and a lot of 'em stuck around afterward to take pics with Stevie. Of course, Stevie obliged.

Never a dull moment in the City of Angels. 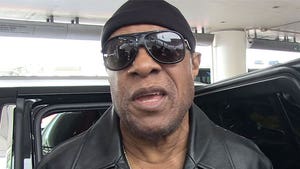