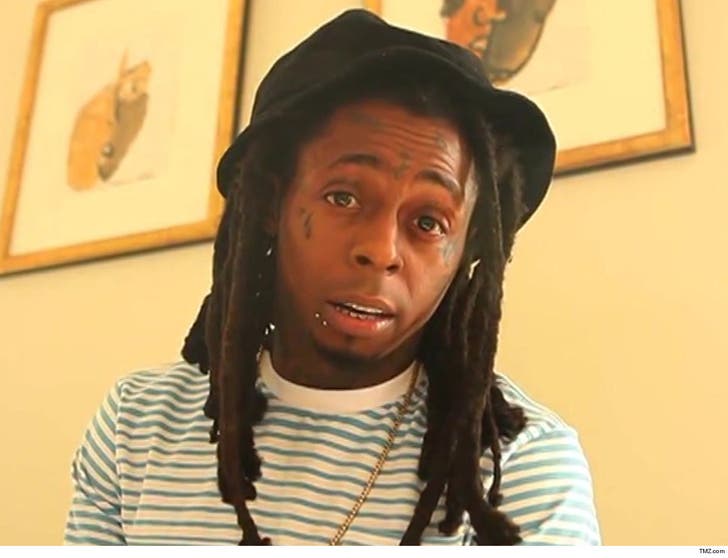 Lil Wayne bailed on Rolling Loud after festival security insisted on frisking him.

Wayne was set to headline the Audiomack Stage in Miami but pulled the plug after security was unrelenting, insisting that he go through a "mandatory" security check. 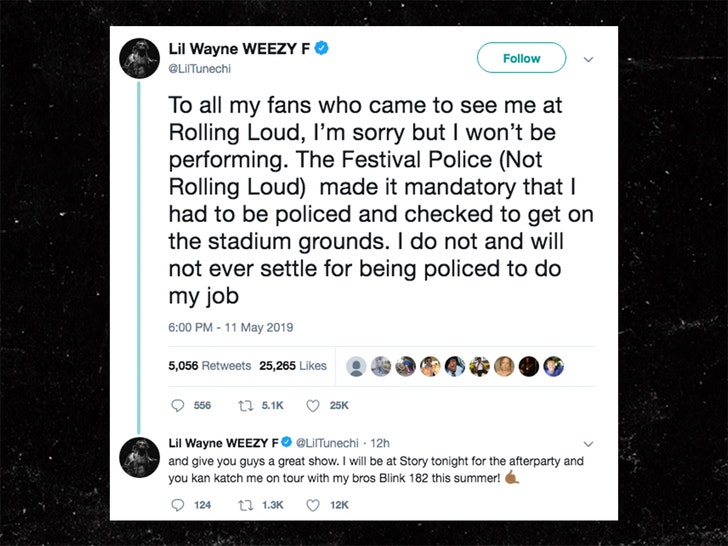 Wayne reached out to fans on social media, apologizing, but standing firm ... "I do not and will not ever settle for being policed to do my job."

He then told the fans they could still see him ... at the scheduled afterparty at STORY nightclub. We know he showed up for the party.

He also plugged his summer tour with Blink 182.

It was a pretty wild night. Kodak Black was arrested earlier in the evening at Rolling Loud after law enforcement executed arrest warrants ... the rapper was wanted for state and federal offenses involving firearms. It's unclear if he was armed at the time of his arrest.

The show continued after Lil Wayne bailed ... Lil Baby performed after Wayne's scheduled set and it doesn't appear people in the audience bailed on the festival.

Rolling Loud ends Sunday ... the headliner is Kid Cudi. Lil Pump, Lil UIzi Vert, DMX and Tyga are also scheduled to perform. Unclear if any of them will take a stand. 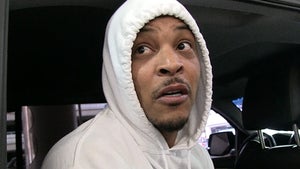