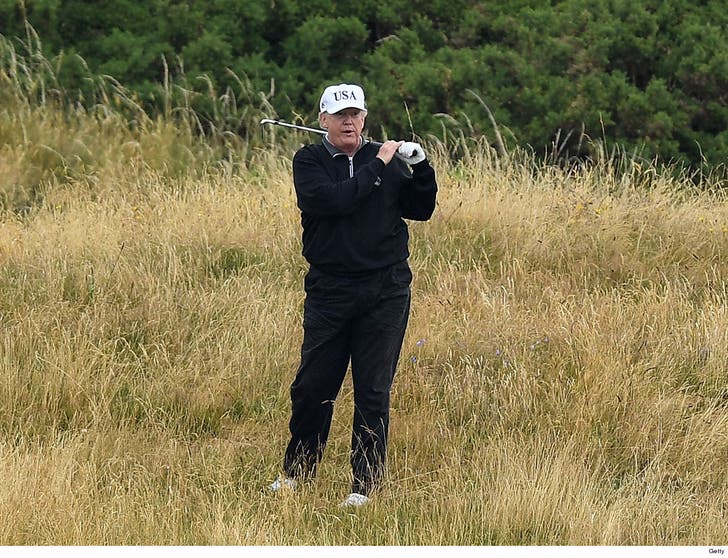 President Trump has one thing in common with President Abraham Lincoln ... and it begins and ends with the words, "Four score."

Four scores were posted to the official golf website -- the USGA-administered GHIN handicap system -- and they are all bogus.

The scores suggest Trump hit the links Friday, but he wasn't golfing at all. As for the scores ... they are unflattering -- 101, 100, 108 and 102. According to Golfweek, the courses that produced the fake scores were Trump National New York, Trump International in West Palm Beach and the Cochise Course at Desert Mountain in Scottsdale.

The USGA downplayed the hack, saying "It appears someone has erroneously posted a number of scores on behalf of the GHIN user."

The reason the scores in question are so funny ... Trump famously cheats at golf ... at least some of his former golf partners, including Samuel L. Jackson and Oscar de La Hoya, claim.

BTW ... Trump has played in excess of 170 rounds since being sworn in as Prez.