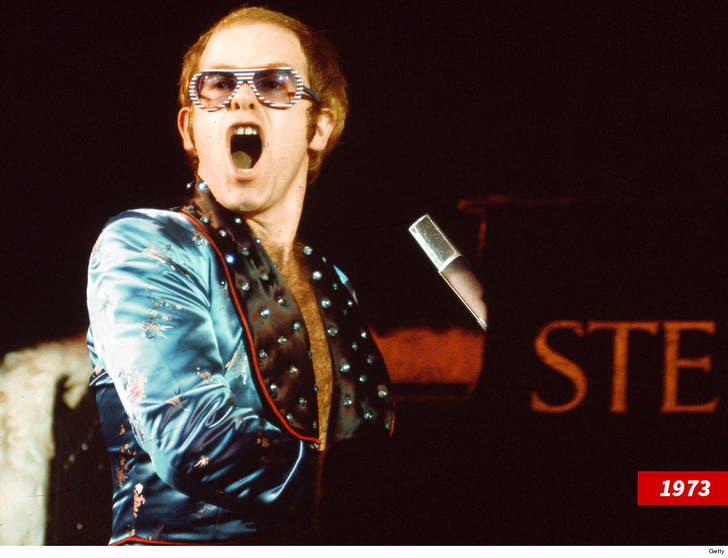 Some of Elton John's extravagant costumes from his rock 'n' roll heyday -- and a unique gift from John Lennon and Yoko Ono -- are hitting the auction block, and expected to fetch over $100k.

Sir Elton's custom-made gold jumpsuit from his "Goodbye Yellow Brick Road" tour in 1973 is among the showy items up for bid. That alone is expected to go for around $30k. It comes with a sown-in label reading, "Elton John -- 5-22-73." 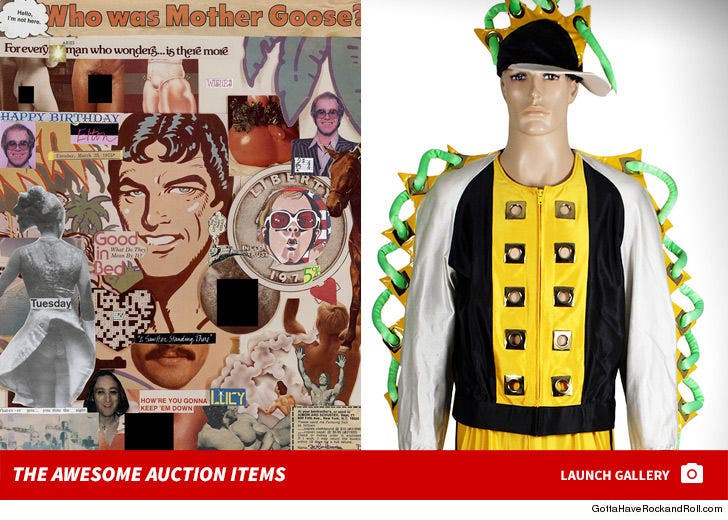 Another costume expected to get bids in the $20-30k range is the Rocket Man's "Jockey" outfit from a 1980 U.S. tour. It's a Bob Mackie original that was previously displayed at the Venice Biennale and Barney's New York -- so, y'know it's valuable.

There's also a signed photo from Elton to boxing legend Evander Holyfield with handwritten lyrics to "Madman Across the Water."

That all pales in comparison to the standout attraction of GottaHaveRockandRoll.com's Elton auction -- namely a handmade collage that John Lennon and Yoko Ono gifted him for his birthday in 1975.

It's a strange sight to behold -- magazine and newspaper clippings pasted around provocative images and apparent inside jokes, with a headline reading "Who was Mother Goose?" The second piece of the collage includes an Elton John Tour guest pass and a handwritten "happy birthday" note.

It comes with a letter of authenticity from Elton himself, confirming he received it from the iconic couple on his bday, March 25, 1975.

The auction house estimates the collage to haul in $40-60k. All the items are up for bid online beginning July 17.

Until then, to get your Elton fix ... the new biopic starring Taron Egerton as Elton hit theaters this weekend, and it's expected to make some decent coin too. It's also way easier on your wallet. 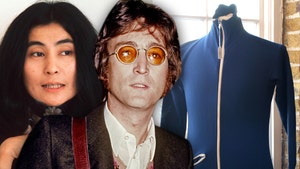 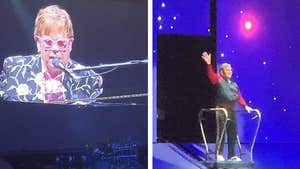