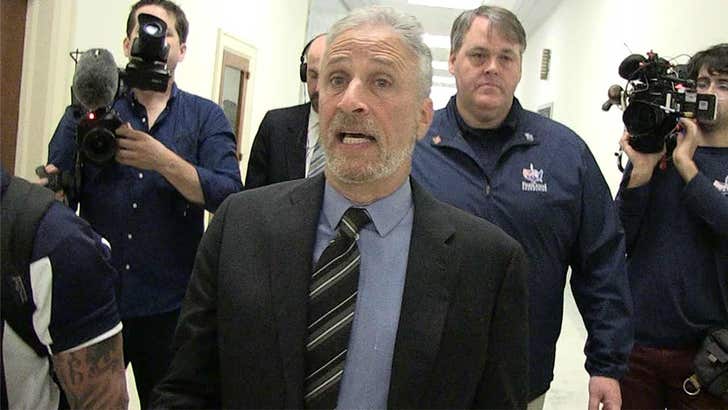 9:25 AM PT -- Jon's in front of the committee and making a passionate plea while also scolding members of Congress for NOT making the bill a unanimous consent. Watch:

Jon Stewart testifies for September 11 Victim Compensation Fund: "Accountability doesn’t appear to be something that occurs in this chamber…I'm sorry if I sound angry and undiplomatic, but I am angry, and you should be too." pic.twitter.com/njxJzSmzSJ

Jon Stewart has his game face on for an important day on Capitol Hill ... as he lobbies for 9/11 victims.

We got the comedian as he walked the halls of the Capitol Tuesday morning heading into a House Judiciary Committee hearing. Jon was flanked by a slew of 9/11 first responders as they got ready to testify. The 9/11 Victim Compensation Fund is set to expire, and Jon and co. are pushing for the funding to be extended.

Jon's made this his life mission since retiring in 2015 as the 'Daily Show' host.

But, check out the clip ... Jon, with a little help from first responders, leaves zero doubt this is his calling. Jon does seem a little ticked by the fact he has to repeatedly bring 9/11 first responders to these hearing -- as if to say, the committee doesn't really need to hear from them to do the right thing.

After Jon and others testify Tuesday, the committee will vote Wednesday. 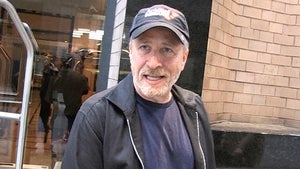 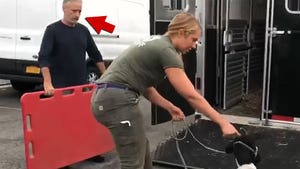