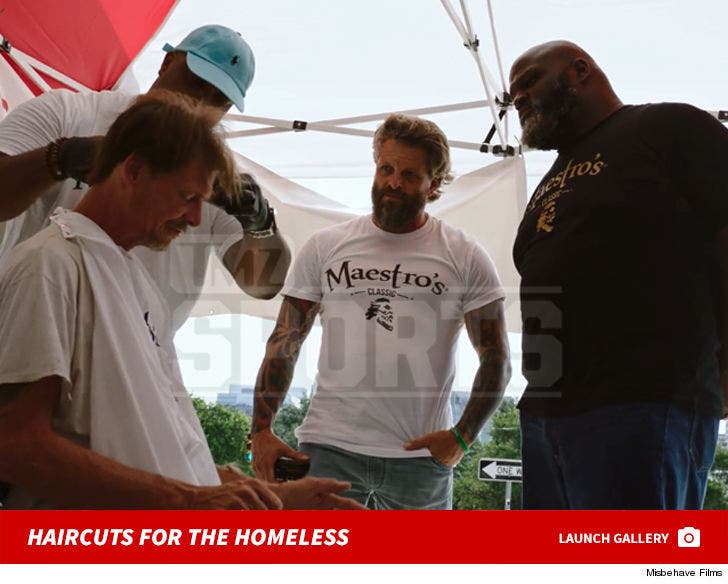 WWE Hall of Famer Mark Henry did a pretty cool thing on Sunday -- organizing an event in his hometown of Austin, Texas to give haircuts and shaves to people in need.

Henry says he didn't just want to hand out cash and call it a day -- his focus was put boots on the ground and do something for the people that would really make a difference in their lives.

So, after talking with local organizations, he decided to spearhead a shave and haircut event -- because a lot of homeless people had been telling him the way they look can be a tough hurdle to overcome when trying to find a job.

Mark connected with the people from the Austin Area Urban League and the Maestro's Classic beard care company to set up the event ... where they offered free shaves, haircuts, food and water to anyone who needed the help. 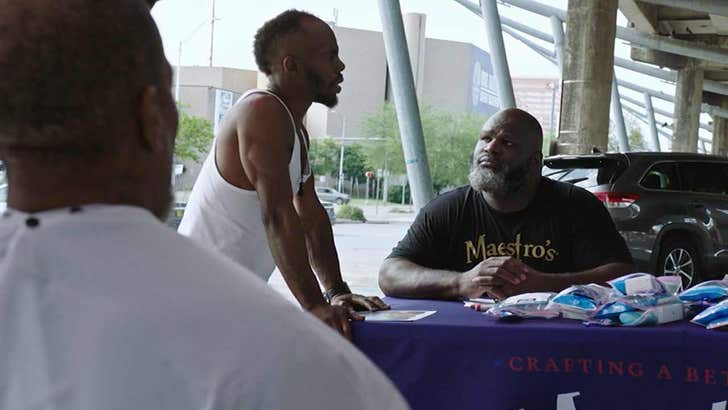 Henry says he learned A LOT while talking with the people who came through his event -- especially when it comes to the way homeless people are treated by the rest of society.

"People don't acknowledge them. They treat them like they're invisible. 9 times out of 10 people just look at them and don't talk to them. That's gotta be a horrible existence."

Mark says he was so moved by the experience, he's already planning more events in cities across the country.

"I got a lot of joy out of seeing people smile and feel good about how they looked, it meant a lot to them," Henry says.

The former Olympic powerlifter says he wants people to know it takes money to put on these events -- and if you want to help, contact your local Urban League or housing authority for information on how you can contribute.