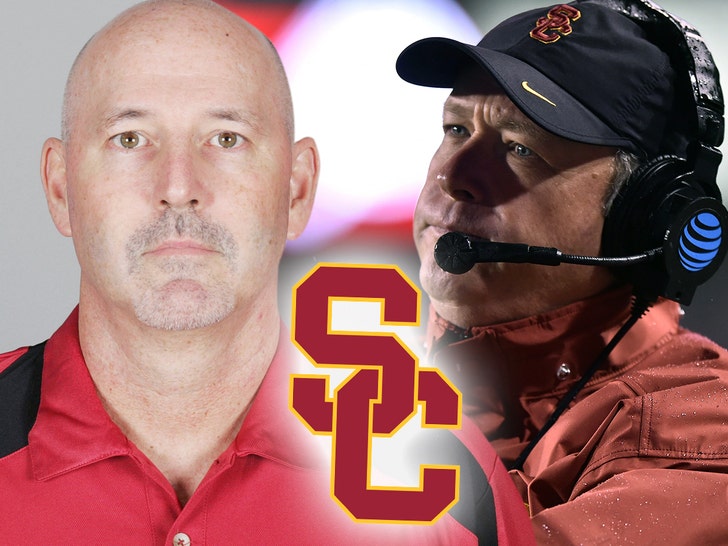 1:02 PM PT -- A school spokesperson tells TMZ Sports ... “USC is investigating the allegations in the lawsuit. The university strives to ensure compliance with NCAA rules.”

A former assistant coach for the USC Trojans football team is suing the school -- claiming he was fired and humiliated after reporting multiple violations to school officials ... and now he wants at least $2 MIL to make things right.

The man behind the lawsuit is Rick Courtright -- who was hired as a senior defensive analyst in early 2016, after coaching at various levels (including the NFL) for nearly 33 years.

During his time with USC, Courtright claims he witnessed some violations and felt obligated to report them to the USC compliance office so they could address the matter in-house.

Among the allegations, Courtright claims he learned 2 USC graduate assistants working for the football were paying other students to take their classes for them -- with the blessing and funding coming from USC defensive coordinator Clancy Pendergast.

In his lawsuit, Courtright says he also reported safety violations -- including an incident where 2 football players were injured in an unsupervised pre-game warmup, where they were not wearing proper protective gear. Courtright says the players suffered concussions as a result.

After he blew the whistle, Courtright says people at USC retaliated against him -- from gluing his computer mouse to his desk ... to leaving nasty sticky notes at his work-station calling him a "d*ckhead" and an "a**hole."

He also claims various clothing items were stolen, people stopped talking to him and eventually USC head football coach Clay Helton placed him on administrative leave before forcing him to resign in May 2018.

Courtright adamantly believes the treatment was a direct result of his whistleblowing -- and he's demanding more than $2 MILLION.

We reached out to USC -- so far, no official comment. 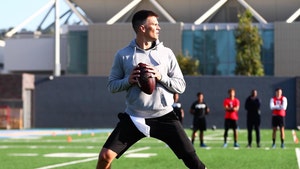 Tom Brady Works Out With UCLA Receivers, Who Needs Gronk?! 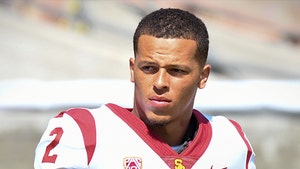