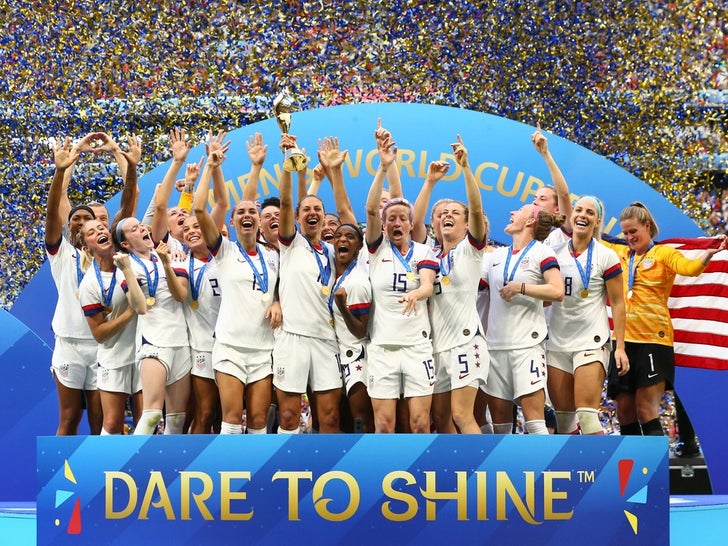 3:10 PM PT -- The USWNT were ecstatic after winning the World Cup, and you can tell ... just check out star forward Alex Morgan twerking in the locker room afterward. She's surrounded by her teammates, most of whom are wearing champagne goggles, and they're cheering her on. Gotta love it! 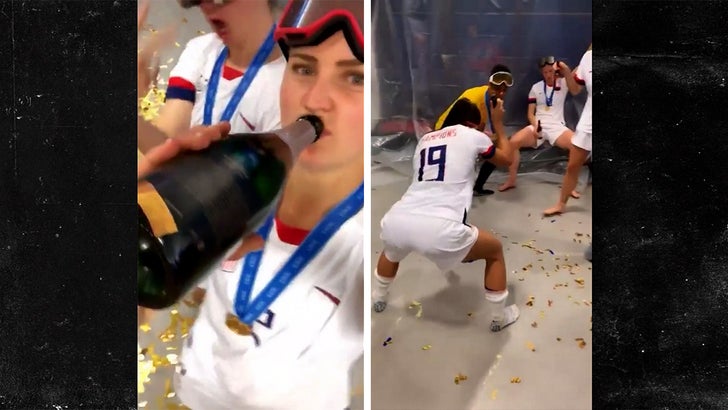 2:21 PM PT -- Megan Rapinoe snuck a smooch in with her girlfriend, Sue Bird, after winning it all Sunday. Looks like Sue was up in the stands and met Meg halfway from down on the pitch. Talk about a picturesque moment, right? 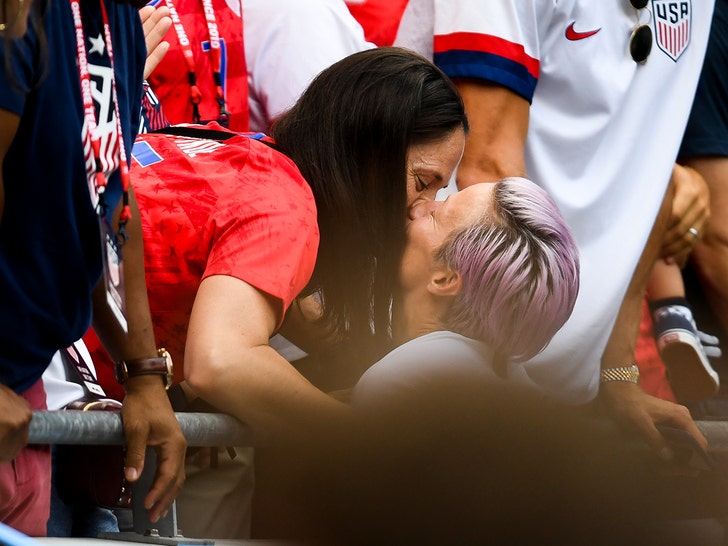 The U.S. Women's National Soccer Team are champions once more -- beating the Netherlands 2 to zip ... and proving yet again, they're the best in the biz.

Despite the score, it was a pretty close game throughout -- that is, until Alex Morgan was awarded a penalty kick after a Netherlands defender kicked her foot dangerously high in the box. After a VAR review, the ref blew the whistle and signaled a PK.

Megan Rapinoe scores her 50th international goal from the penalty spot and gives USA the lead in the #FIFAWWC final! pic.twitter.com/gjPpYOrcyl

Megan Rapinoe took the shot -- and, of course, sunk it into the back of the net. The game continued at 1-0 for a while until midfielder Rose Lavelle made a beautiful play up the field and took a strike that the top of the box that made its way past the goalie.

Lavelle's goal put the USA up 2-0, and it stayed that way for the rest of the game ... despite some scary moments from the Dutch side that could've equalized things.

A beautiful solo effort doubles the @USWNT's lead in the #FIFAWWC final! pic.twitter.com/ToznvQiuxb

Nothing went in for 'em though, and the USWNT went on to secure their second straight championship in 4 years. They went undefeated during this year's run to to the final.

Rapinoe -- a longtime vet, and one of the team's captains -- was given the prestigious Golden Boot award for scoring the most goals (6) in the least amount of time on the field. Her teammate, Morgan, scored the same number of goals and had the same number of assists, but got more playing time than MR ... so she got the silver boot.

Rapinoe is just the second American woman to win the Golden Boot -- the first was Michelle Akers in 1999.

Cheers to the Women's National Team on holding it down for the U.S. of A -- here's hopin' the men take a cue as they play in their own championship later Sunday. 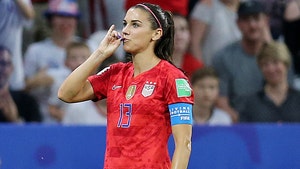 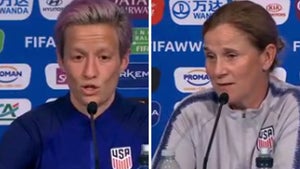