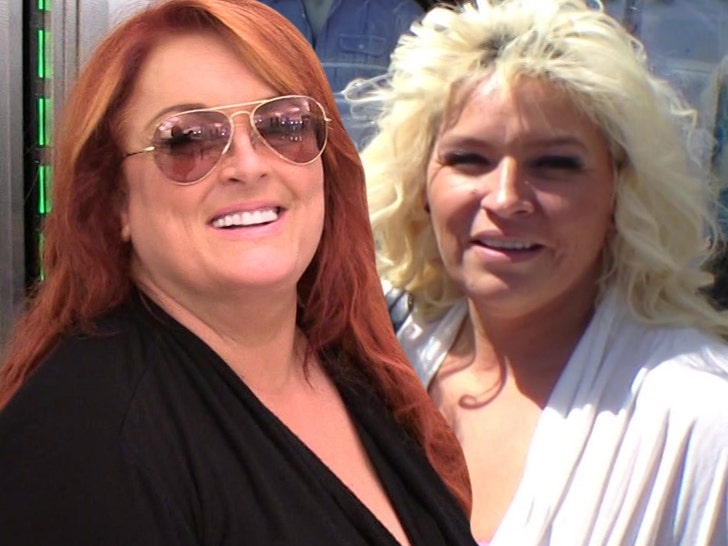 Wynonna Judd is super sad she can't be there to perform at her late friend Beth Chapman's final send-off ... but she's still making her presence felt from afar.

Beth's memorial service is going down this afternoon in Colorado ... and she was a huge fan of Wynonna's music and the 2 got close, so the family asked the country music icon to come and sing.

Unfortunately, Wynonna's on tour and can't be there to support a dear friend ... so she's giving Beth's family permission to feature her music during the service, including Beth's favorite Wynonna song, "Rescue Me."

Wynonna posted a tribute to Beth right after her death. 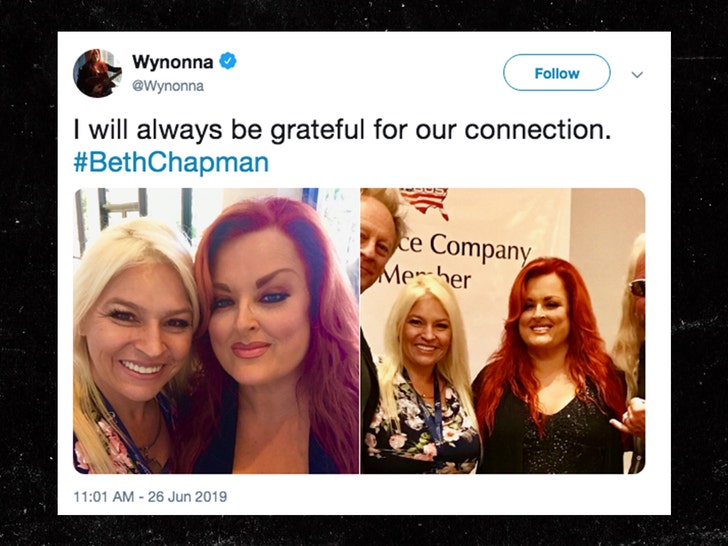 Beth's memorial service, which is being planned by reality star Kim Fields, will feature video messages from some of Beth's celeb friends ... and Wynonna is part of it.

The send-off was planned in part by Beth herself. A massive crowd is expected to attend. 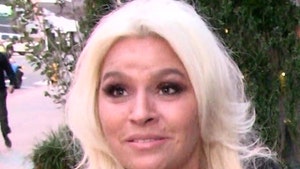 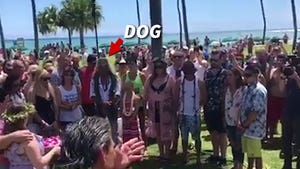