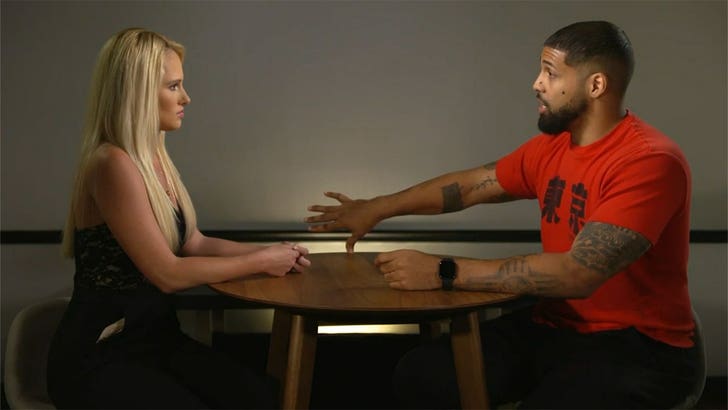 The progressive ex-Houston Texans RB faced off with Fox Nation conservative Tomi Lahren -- where Foster tee'd off on the idea that the NFL should be able to ban players from making political statements.

"It's a logically inconsistent stance on their part," Foster said.

"If you wanna say don't make political statements on the field, then don't have the military fly over at the beginning [of games] or don't have a deal with the Dept. of Justice that has millions of dollars advertising the military. It's a logically inconsistent stance."

Foster continued ... "That's my issue with people who take issue with the protests because it's not logically consistent and the NFL in general, they're emotionally driven. They're reactionary and not proactive."

Foster then brought up Trump's 2017 comments when he said NFL owners should fire any "sons of bitches" who don't stand for the anthem ... saying the comments are "demonstrably divisive to a nation that is already racially infused."

"The President of the United States is calling an American citizen a son of a bitch for exercising his 1st Amendment right," Foster said ... "There's a citizen protesting how he sees fit to protest whatever issue he feels is important to him, very silently and very respectfully."

Lahren explained her side of the argument ... saying she believes the NFL has the right to discipline players who don't follow its rules.

She also told Arian, who hosts the "Now What?" podcast, why she feels police officers and military members are offended by the kneeling.

Don't get it twisted, this was no screaming match -- the conversation was respectful and both sides felt it was productive.