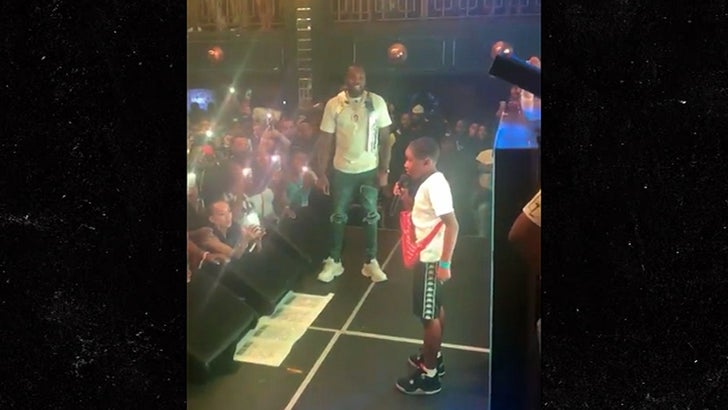 Like father, like son couldn't be more true for Meek Mill and his boy -- especially when the tyke proves to be a promising rap star like his old man.

The Philly MC was performing Saturday night at a club called NOTO Philadelphia, where he also hung around for an after-party following his show. At one point in the night, Meek brought out his 9-year-old son, Rihmeek, to take the mic and spit some bars.

Rihmeek -- who Meek calls Papi -- dropped a freestyle of sorts for the crowd, who were very encouraging as he rapped his way through a few lines off the top. 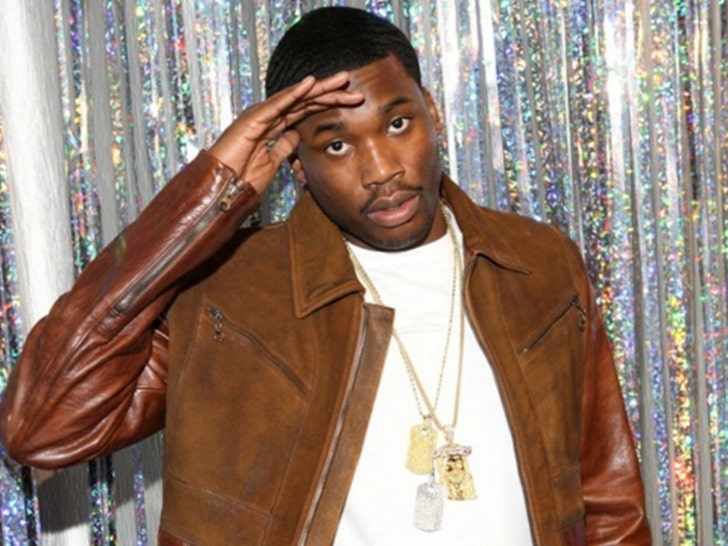 Here's what we could make out ... "My name is Papi and I never understood, (something something) face, you just got hit." OHHHHHHHH!!! C'mon, he's trying.

Meek -- who was fanning down his son's hot fire -- gave his boy big props, and then asked the audience to give it for him -- which they happily obliged. Just the fact he got up there in front of all those people is pretty awesome, and hey ... he might be solid if he sticks to it.

Just another memorable moment in what's a jam-packed week for Meek. As we reported ... a panel of judges overturned his 2008 criminal conviction, saying he deserves a new trial due to the credibility of the key witness, who turned out to be dirty cop.

It's unclear if Meek will get prosecuted again -- we're being told it's highly unlikely -- but for now ... the guy's basking in the sun. 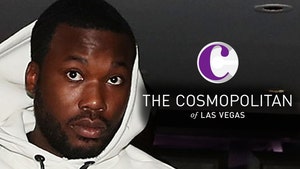