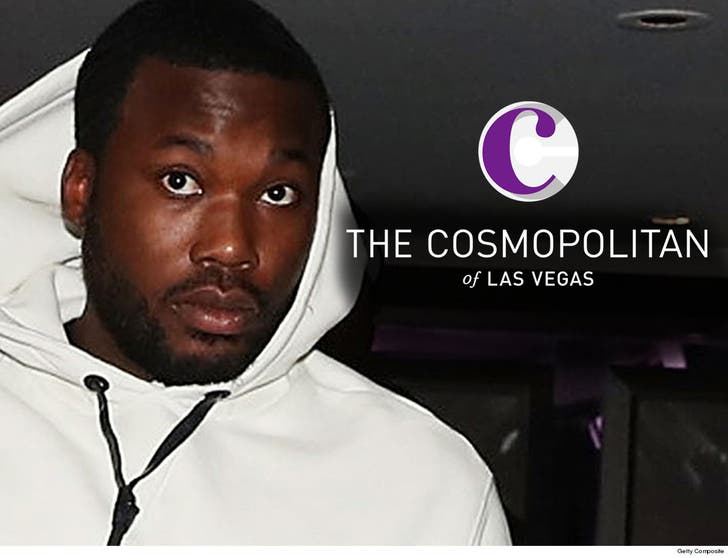 Meek Mill has received the public apology he was promised by The Cosmopolitan.

The Las Vegas hotel and casino says ... "We apologize to Meek Mill for how we handled the situation on Saturday, May 25, as we did not act in a respectful manner and were wrong." 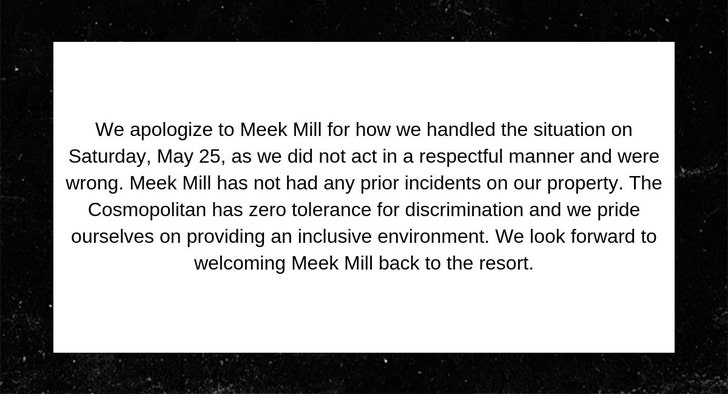 The Cosmo goes on ... "Meek Mill has not had any prior incident on our property. The Cosmopolitan has zero tolerance for discrimination and we pride ourselves on providing an inclusive environment. We look forward to welcoming Meek Mill back to the resort."

Meek is expected to post soon that he accepts the apology, and we're told the threat of a lawsuit will disappear.

As we told you ... Cosmo was expected to express regret and accept fault for ordering the rapper off its property last Saturday and threatening to arrest him for trespassing if he didn't comply. Video of the incident showed a security guard telling Meek it was because of a prior incident ... but didn't give specifics. Now, they say there was never a "prior incident."

Meek's lawyer, Joe Tacopina, claimed it was a clear case of racial discrimination and defamation, and implied the hotel -- and several others in Vegas -- have a black hip-hop artist blacklist circulating. O.J. Simpson's lawyer and Snoop Dogg's people reached out to him and said they were mistreated by Cosmo as well. 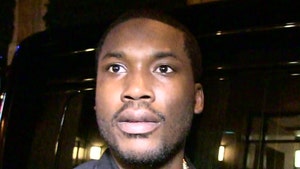