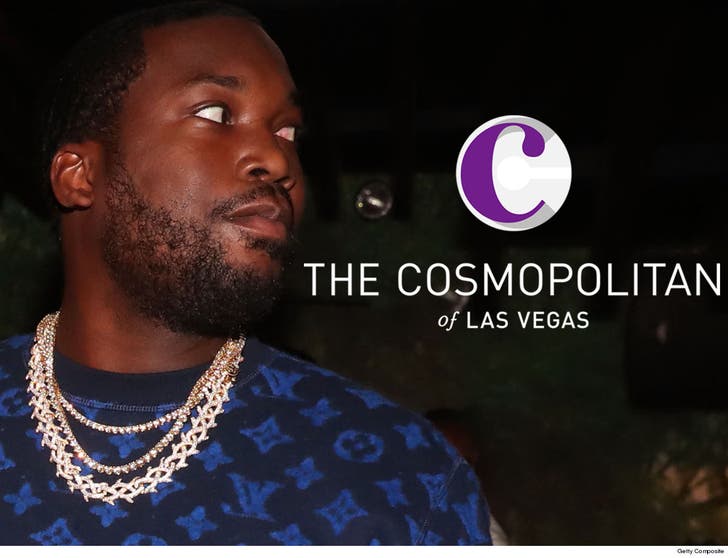 The Cosmopolitan hotel will publicly apologize to Meek Mill for threatening him with arrest if he stepped onto hotel grounds, and Meek will accept the apology ... TMZ has learned.

Multiple sources with direct knowledge tell us, the Cosmo will issue a "significant public apology" expressing regret and accepting fault when Meek was told last Saturday to leave the hotel ... or else.

TMZ broke the story, Meek's lawyer, Joe Tacopina, prepared a lawsuit he intended to file this week against the hotel, claiming racial discrimination and defamation. Tacopina claims there is a blacklist for black rappers at the hotel, but hotel sources say that's BS.

We've also learned the lawyer for O.J. Simpson reached out to Tacopina, saying O.J. had been mistreated by the hotel as well. In November 2017, hotel staff kicked O.J. out after the staff claimed he was intoxicated and unruly. He was permanently banned from the grounds.

In the end, there will be no lawsuit and everyone is putting this behind them.

TMZ broke the story, Meek and his crew showed up to attend a party at Marquee Saturday -- located inside the Cosmo -- but security wouldn't let them in. In a video, obtained by TMZ, the security guard tells Meek he can't come in because of a prior incident ... but won't give Meek any specifics on what happened.

The Cosmo later released a statement saying Meek was denied entry because Marquee had reached capacity, and they informed him before he even arrived he wouldn't be allowed inside. However, Meek's attorney, Joe Tacopina, says the ban was solely based on skin color.