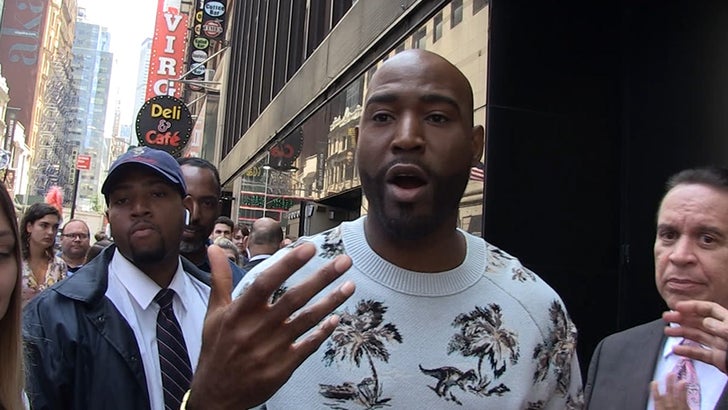 Karamo Brown's willing to forgive Mario Lopez for making comments he believes are harmful to transgender youth and their parents ... but he's not fully letting him off the hook yet.

The "Queer Eye" star was outside 'GMA' in NYC Thursday when we asked what he thought about Lopez issuing an apology, in which he admitted his remarks were "ignorant and insensitive."

Karamo tells us that's a good first step, but thinks the TV host needs to further his education on the topic ... and Brown's willing to be his teacher. In fact, he's already sent an open invite to Mario to hit him up.

Karamo's costar, Jonathan Van Ness, has been way more critical of Lopez since the comments he made in a June interview with Candace Owens went viral. Mario said it was "dangerous” for parents to trust their children when they challenge the gender they’re presumed to be at birth.

Jonathan tweeted ... "If you’re not raising a child who is part of the LGBTQ+ community you should really be quiet. You don’t need to understand what you do not know." He also accused Mario of "casual transphobia" and being small-minded, and said his "lack of understanding and need to judge" is what leads to violence against the community. 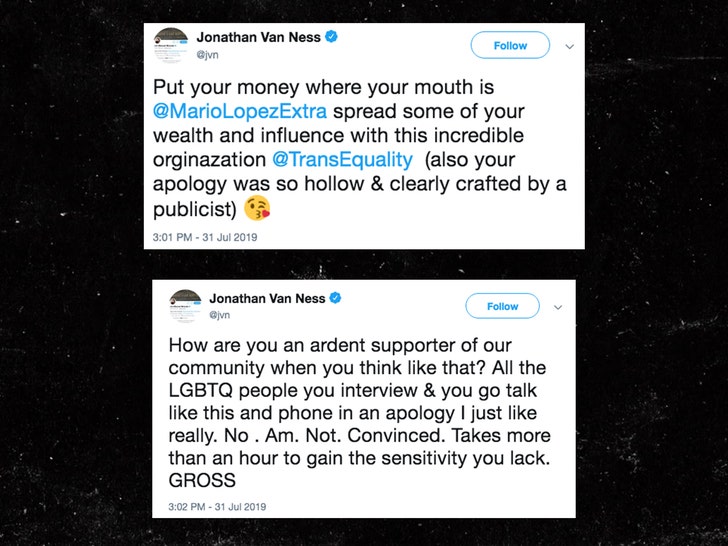 Van Ness isn't nearly as forgiving after Mario's apology, and while Karamo says there's no need for Lopez to be canceled ... Jonathan definitely needs more convincing. 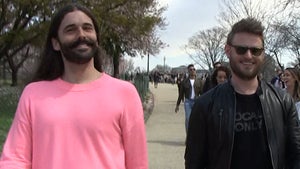