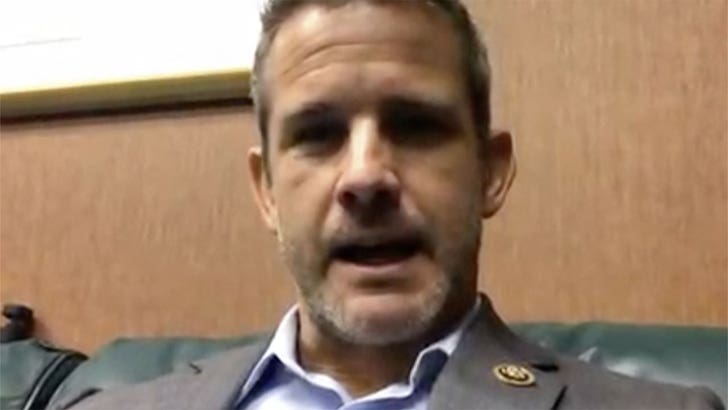 Congressman Adam Kinzinger is having an epiphany after the mass shootings in El Paso and Dayton -- saying it's time to change some gun laws, and time to say screw partisan politics.

The GOP lawmaker from Illinois was on "TMZ Live" Tuesday to discuss last weekend's domestic terrorism -- resulting in 31 deaths -- and why it compelled him to do an about-face on 2 key points on gun control. He's now supporting universal background checks -- a House measure he voted against earlier this year -- and raising the gun purchasing age from 18 to 21.

Kinzinger says he's fully aware his new views could potentially hurt him politically, but he doesn't care. Just as importantly, he strongly believes there's a way for Democrats and Republicans to come together on this issue.

You've gotta see what Kinzinger is proposing because, honestly, it's refreshing to hear from anyone in Washington, DC.

Kinzinger makes no bones about it ... he's sick and tired of partisan politics when it comes to preventing future mass shootings.

He also has some advice for the media when it comes to covering these tragedies, and you can see that when the full interview airs on Tuesday's "TMZ Live" (click here for times).