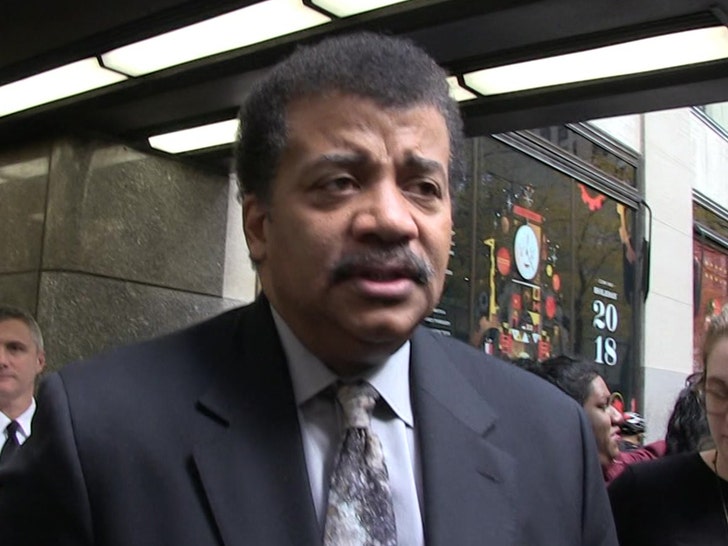 6:15 AM PT -- 8/5 -- Data, shmata ... Neil says he straight-up got it wrong for his cold-hearted tweet from over the weekend. He said Monday, "My intent was to offer objectively true information that might help shape our conversations and reactions to preventable ways we die."

He goes on to say, "Where I miscalculated was that I genuinely believed the Tweet would be helpful to anyone trying to save lives in America. What I learned from the range of reactions is that for many people, some information -- my Tweet in particular -- can be true but unhelpful, especially at a time when many people are either still in shock or trying to heal -- or both.

"So if you are one of those people, I apologize for not knowing in advance what effect my Tweet could have on you ... I got this one wrong."

Couldn't have said it better ourselves.

Neil deGrasse Tyson wants you to know as sad as it is that we lost upwards of 30 people to mass shootings this weekend ... it's nothing compared to other causes of death.

The astrophysicist tweeted out some bizarre information Sunday after the back-to-back mass shootings in Ohio and Texas -- which have claimed 29 lives thus far, and injured dozens more -- basically saying ... mass shootings are a blip on the death spectrum. 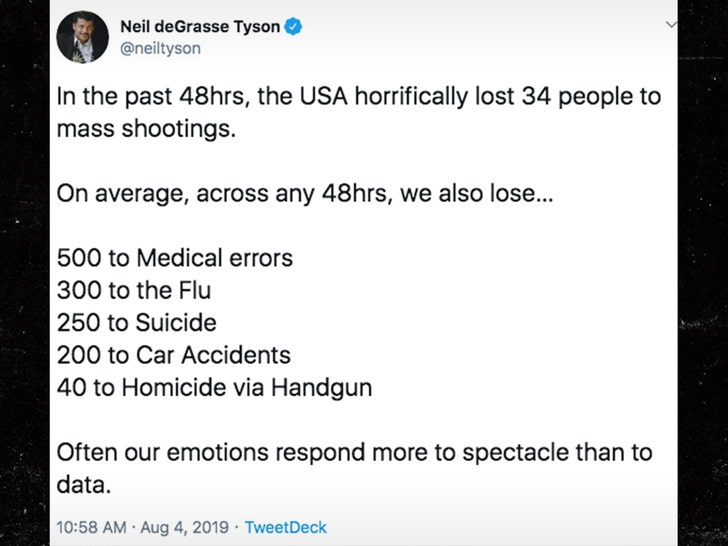 Neil followed up by saying, "Often our emotions respond more to spectacle than to data."

In essence, it seems like Neil is downplaying the significance of mass shootings ... suggesting that while it's horrible they happen, they're not nearly as much an epidemic as some of these other categories. Safe to say, dude's getting torn to shreds online for this.

Many people are calling his tweet callous, cruel and out of touch, especially since the Dayton shooting just happened less than 24 hours ago ... not to mention El Paso.

Others also pointed out that while these freak incidents are regular risks in any country, dying at the hands of a gun is becoming more and more uniquely American, and is not considered to fall within the realm of possibility day-to-day under regular circumstances.

That might be changing in today's America, but for now ... Neil seems to think folks are overreacting.

Spoiler alert ... they're not. 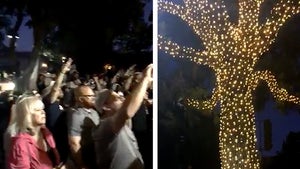