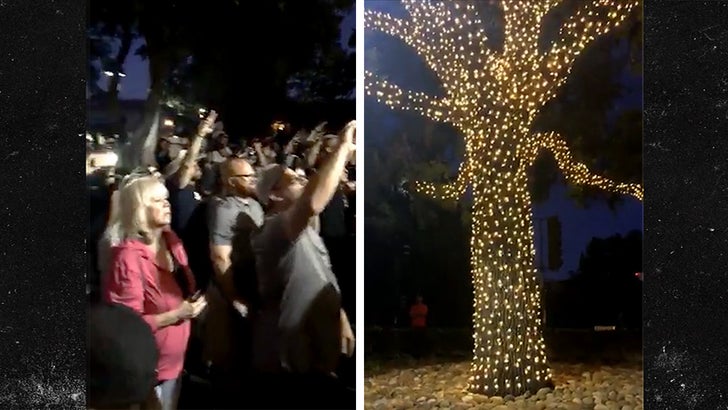 The Thousand Oaks bar where 12 people were killed in a shooting rampage hosted its first public gathering at the site of the tragedy, with hundreds of people showing up Sunday night for a ceremonial tree lighting ... a tribute to the victims.

The Borderline Bar & Grill parking lot was buzzing with activity for the first time since the November mass shooting ... with the community coming together to listen to country music, line dance and remember those they lost by illuminating an oak tree that served as a symbol of healing in the shooting's aftermath.

Borderline Bar owner Brian Hynes says the oak tree -- located on the edge of the bar parking lot -- will remain lit every night to represent the 12 people who were killed. People gathered at the tree in the days after the shooting, sharing hugs, shedding tears and lending each other support.

Following the ceremonial tree lighting, the crowd stuck around and everyone sang Garth Brooks' country classic, "Friends in Low Places."

You may recall ... the massacre occurred last November during the bar's popular College Country Night, when a retired Marine stormed the venue and killed 12 people before police shot and killed him. 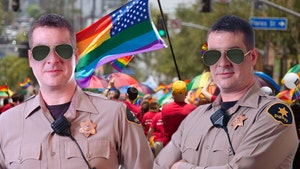