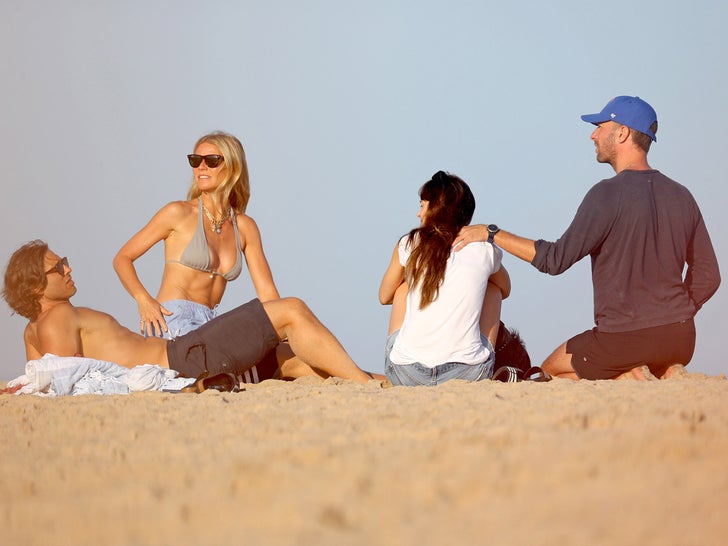 Gwyneth Paltrow and Chris Martin just planted their conscious uncoupling in the sand for a double date with their new partners ... and it looks pretty damn hot.

Gwyn and Chris recoupled in the Hamptons this week ... along with her screenwriter hubby, Brad Falchuk, and the Coldplay frontman's girlfriend, 'Fifty Shades' star Dakota Johnson.

The fab four found a spot together on the beach ... yukking it up while taking in the views. 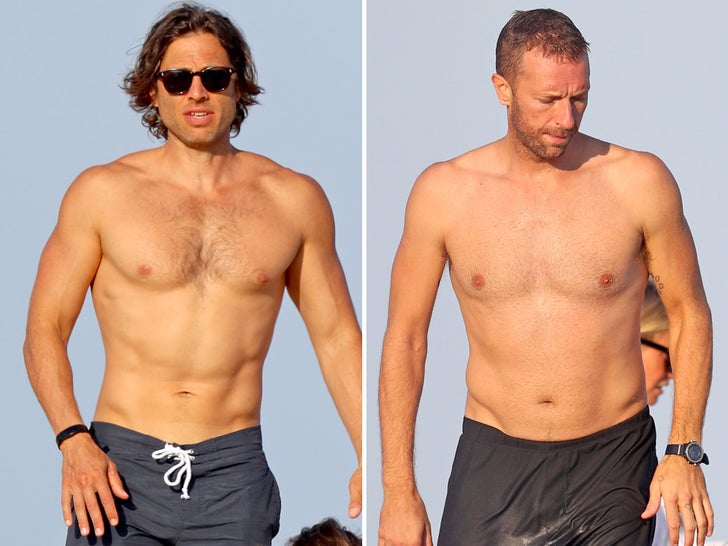 Ya gotta check out the pics ... everyone looks super comfortable, with Chris and Brad ditching their shirts, Dakota and Gwyn chatting it up ... while Gwyneth rocks a super hot bikini.

There was even some mouth-on-mouth PDA between GP and her husband. The NEW one, that is. 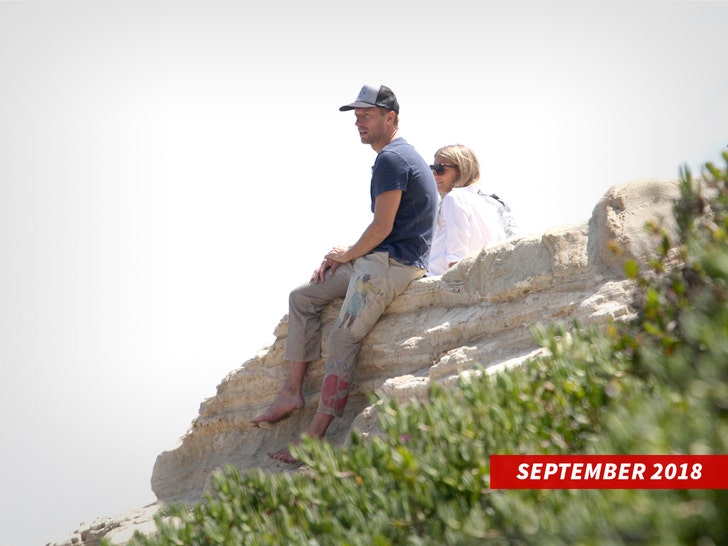 We've seen Gwyn and Chris, who have been divorced for 3 years, kick it together before ... so it's nice to see them bringing their new mates into the fold.

This is kinda becoming a thing in Hollywood -- last year we saw Orlando Bloom, Katy Perry and Miranda Kerr chopping it up, while Chris Pratt and Anna Faris took their kid trick-or-treating with Katherine Schwarzenegger and Michael Barrett.

The trend started with Gwyneth and Chris ... and clearly they're still carrying the torch. 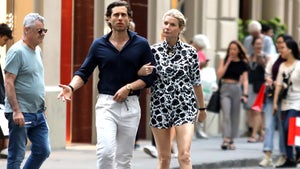 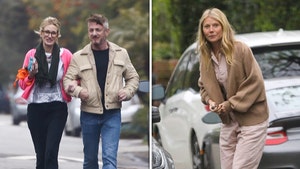