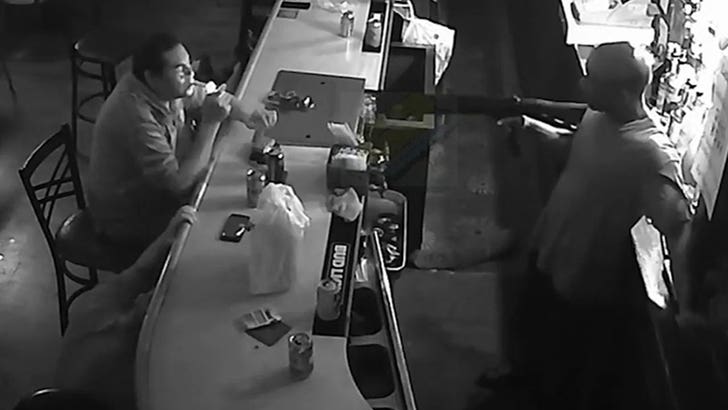 Sometimes ya just gotta have a beer and a smoke -- even when there's a psycho pointing an assault rifle at you!!! That's the bizarre scene that played out during an armed robbery.

Surveillance video inside Behrmann's Tavern in St. Louis captured the terrifying action early Wednesday morning. The armed robber enters the bar and a handful of customers and a bartender get their hands up and/or get down on the ground -- but you also see one man continue sipping his can of beer and using his phone.

Obviously, that drew the robber's attention, but even with the rifle barrel jammed into his side ... the defiant beer drinker kept scrolling on his phone! The robber eventually attempted to snatch the phone away and moved on to clear the cash register.

But, you gotta see how Captain Chill reacted -- the dude lights up a cigarette and even points and yells at the robber during the heist. His "ready to die" attitude must've been contagious because the guy next to him eventually got up off the ground and grabbed a ciggie too!

The good news is the robber never fired a single shot and everyone in the bar survived.

Goes without saying -- don't try this at home. Or, at your local watering hole. 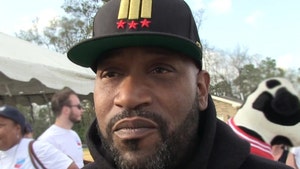 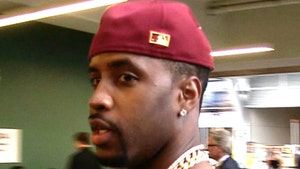