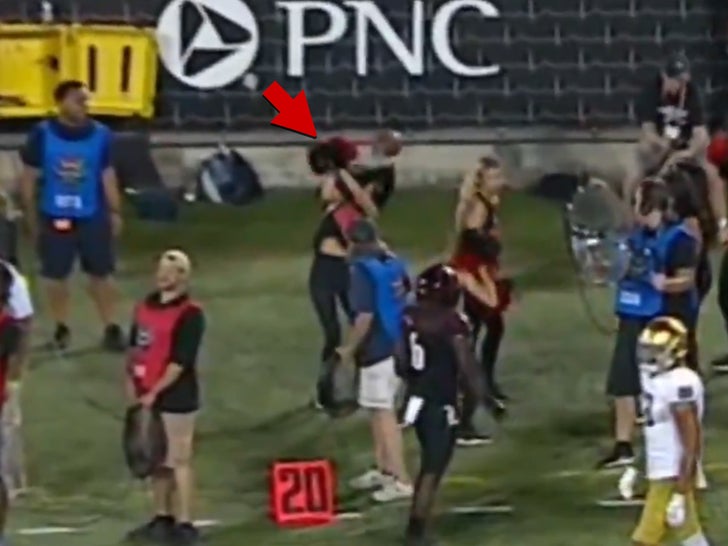 Notre Dame QB Ian Book TRIED to throw the ball out of bounds during a busted play against Louisville on Monday ... but ended up hitting a cheerleader and BROKE HER NOSE!!

It happened in the 4th quarter as ND was trying to protect its lead against the Cardinals ... Book was pressured and tried to get rid of the football, opting to just heave it out of bounds to avoid the sack.

But, the ball sailed past the sidelines and stuck an unsuspecting UL cheerleader RIGHT IN THE FACE!!

The woman immediately dropped her poms and walked off (presumably to get medical attention).

After the game, the cheerleader -- named Liz -- tweeted about the damage.

"My broken nose is twitter trending huh," she wrote ... adding, "Well my nose is crooked but I'll always have a good story to tell."

Hopefully, Liz is recovering well and will be back on the sidelines soon!

Oh, as for the game ... Notre Dame won. Bad night for the Cardinals across the board. 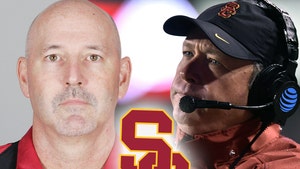 Ex-USC Football Coach Claims He Was Fired for Whistleblowing