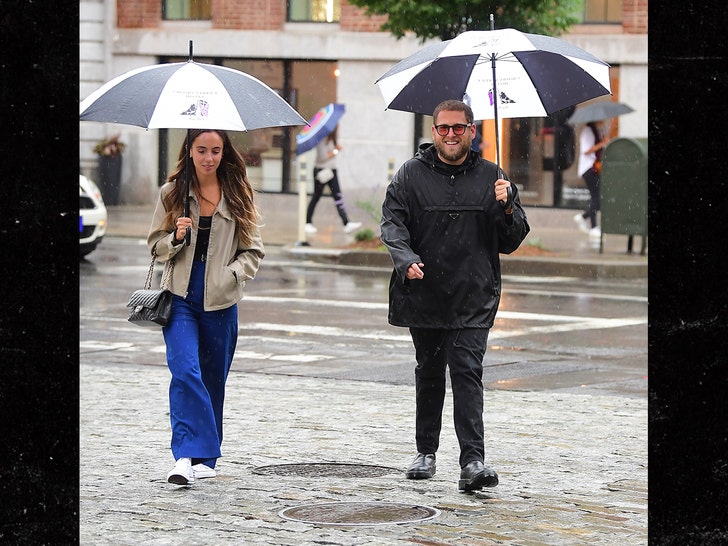 This is the end of Jonah Hill's bachelor life, and he looks pretty darn happy about it ... even in crappy weather.

The "21 Jump Street" star and his girlfriend, Gianna Santos, are reportedly engaged ... and the couple made the most of a rainy Labor Day in NYC by busting out the umbrellas and grabbing a nice brunch. 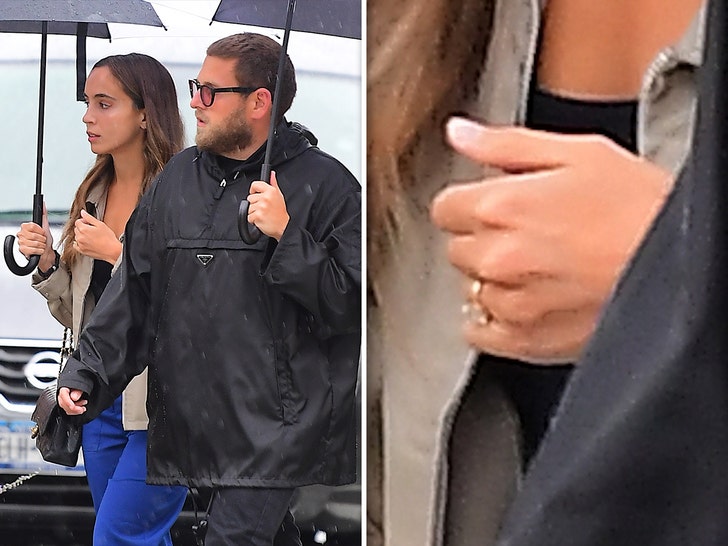 Jonah and his new fiancee were spotted at The Smile cafe in the Soho neighborhood, and Gianna showed off her sparkly new engagement ring as they left.

That's quite a moneyball on her finger.

The 2 were first seen together in August 2018 and have reportedly been dating for a little more than a year. 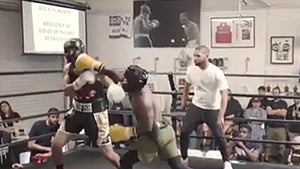 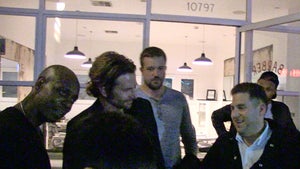