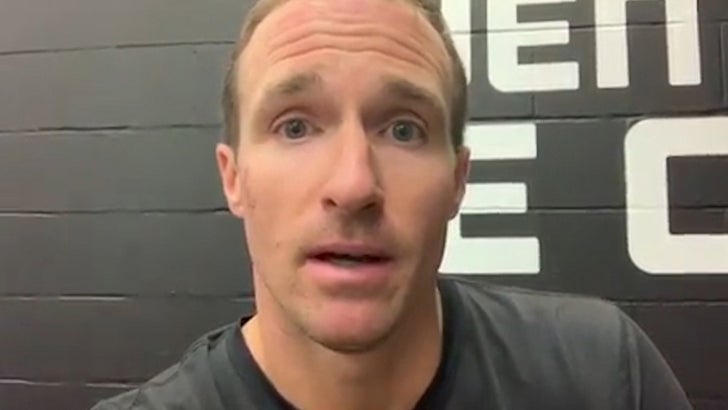 2:13 PM PT -- Brees is doubling down on the fact he didn't know about the organization's anti-LGBTQ history ... and reiterates the video he made was solely focused on "Bring Your Bible to School Day"

Drew Brees when asked about if he knew what Focus on the Family stood for.. pic.twitter.com/5WG6CwEEqO

Drew Brees says he's NOT anti-LGBTQ -- despite working with an organization that opposes same-sex marriage and adoption by same-sex couples.

The New Orleans Saints quarterback recently appeared in a video to promote "Bring Your Bible to School Day" which was part of a campaign by a group called Focus on the Family.

In the 22-second video, Brees advises kids to "share God's love with friends" -- he makes no mention of same-sex marriage at all.

But, some people were furious that Brees would agree to work with Focus on the Family in ANY capacity considering the group's position on homosexuality.

Now, Brees is responding to the backlash in a new video saying he's NOT homophobic and respects all people no matter their sexual orientation.

"There's been a lot of negativity spread about me in the LGBTQ community recently based upon an article that someone wrote with a very negative headline, that I think led people to believe that somehow I was aligned with an organization that was anti-LGBTQ and so on and so forth," Brees said.

"I'd like to set the record straight, I live by two very simple Christian fundamentals and that is love the Lord with all your heart, mind and soul. And, love your neighbor as yourself."

"I think the first one is very self-explanatory. The second one, love your neighbor as yourself, what does that mean?"

"It means, love all, respect all and accept all. So, that is actually how I live my life. That is what I try to do with my family, with my teammates, with people in my community, with my friends, all people. No matter your race, your color, your religious preference, your sexual orientation, your political [views]." 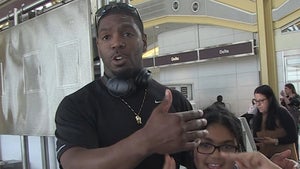 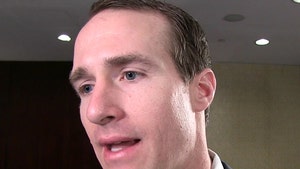