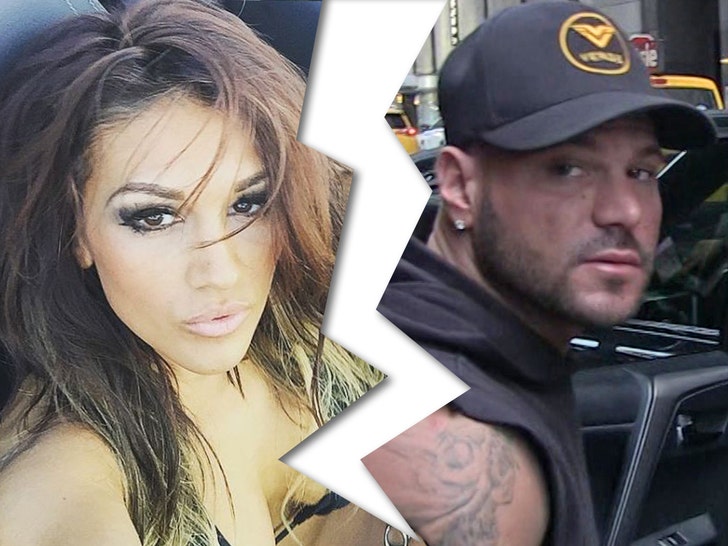 Ronnie Ortiz-Magro's ex has it twisted, he couldn't have cheated 'cause there was never a so-called mystery girl -- she was just a friend ... according to people close to Ronnie.

Sources close to the 'Jersey Shore' star tell us the girl Jen Harley accused Ronnie of cheating with ... is a friend he was hanging out with Monday during a boat party. Our sources insist it was NOT a cheating sitch -- still, Jen went off Thursday night in a series of IG Sory posts. She's since deleted most of them, but left one about her and Ron's 1-year-old daughter, Ariana Sky.

We've also learned the on-again, off-again couple has been broken up for a little over a week now. TMZ's confirmed Jen moved out of Ronnie's Vegas crib. Our Ronnie sources say he's got just one priority right now ... Ariana. And, he's completely focused on her well-being. 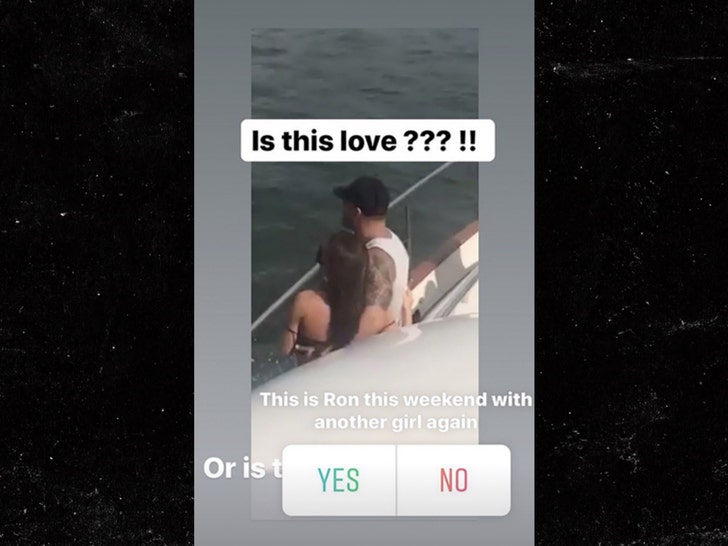 ICYMI ... Jen posted this Story showing a girl and Ronnie on a boat. You can see her hand is on his back as they look into the horizon. Jen asked in a poll, "Is this love???!!" She claimed it was Ron "with another girl again." That girl? We're told it was a friend consoling a bummed Ronnie. 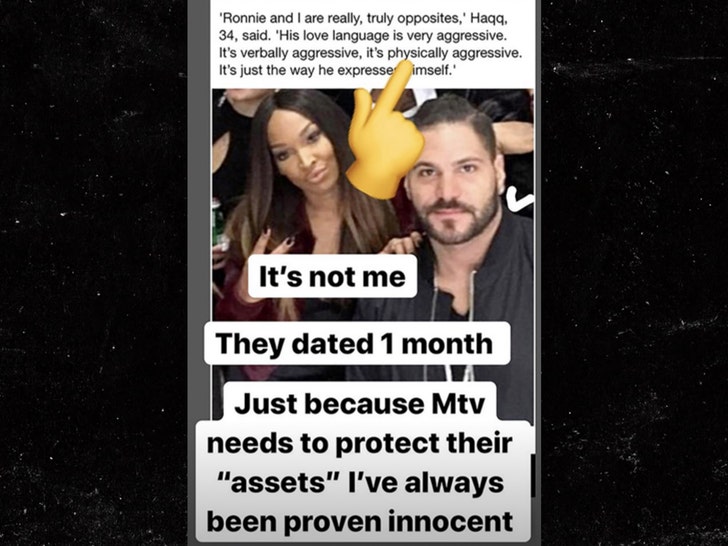 Jen made other claims ... pointing to Ronnie's short-lived relationship with Malika Haqq as proof Ronnie's the problem when it comes to relationships and not her. She also alleges he's abusive and a bully, who MTV protects because he's one of the network's "assets." 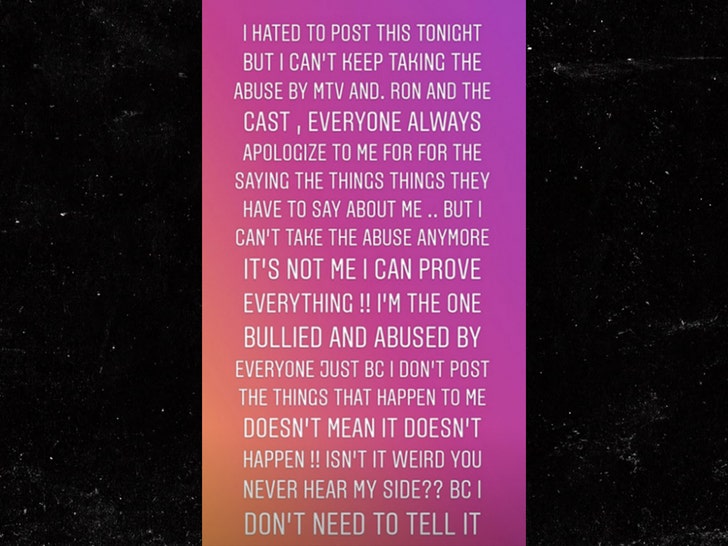 As we've reported over and over and over again ... Ronnie and Jen have had major issues and multiple breakups. She was busted back in May for allegedly chucking an ashtray at Ronnie's face, but prosecutors dropped the case because Ronnie wouldn't cooperate.

He also accused her of punching him and giving him a black eye back in October. He was told, if he wanted her arrested, he needed to press charges in the state where the alleged attack went down, but it appears Ronnie never did. 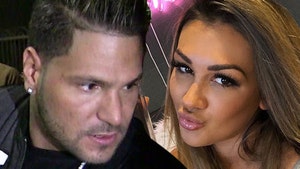 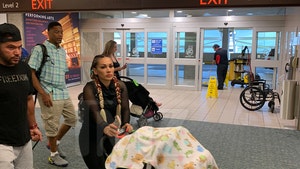