Vin Scully is one of the most legendary broadcasters in sports history ... and you can own the piece of paper that literally got him hired by the Dodgers 70 years ago -- if your bank account's fat enough.

This is awesome ... back in December 1949, 22-year-old Vincent Scully typed a 2-page letter and sent it to Brooklyn Dodgers President Branch Rickey -- the man who years earlier signed Jackie Robinson.

In the letter -- now on the auction block at SCP Auctions -- Scully wrote, "I am applying to you for a job in connection with your broadcasting and television programs" ... offering his services for a 3-year period.

Vin asked Rickey to sign the letter if the terms were acceptable ... and that would "constitute a contract" between the announcer and organization.

Branch signed the papers ... and Scully joined the booth in '50 with Red Barber and Connie Desmond.

The rest is history ... Scully eventually became the lead man in the Dodgers booth and called the team's games for 67 years.

And, it all started with a letter authored by a 22-year-old kid ... that's now up for auction and expected to sell for over $20k. 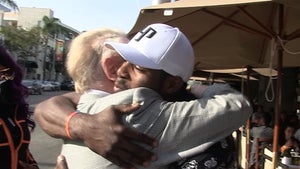 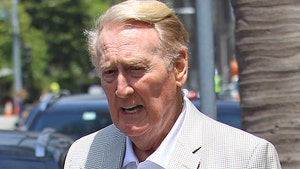