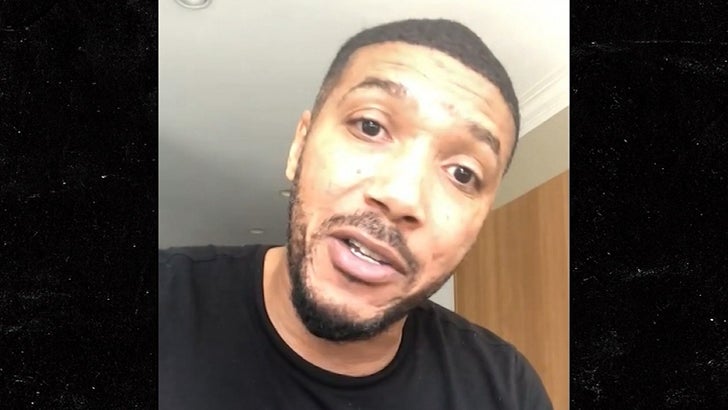 Lyfe Jennings says Charlamagne tha God and others who are crucifying his new song -- which invokes the word "slave" -- don't have a clue, 'cause it's just naughty sex talk.

We spoke with the R&B singer a few days after Charlamagne and comedian Amanda Seales teamed up on social media to put a spotlight on Lyfe's new tune, entitled "Slave." It's got some seemingly questionable lyrics, which CTG and AS mocked mercilessly.

For the record, Lyfe sings the following ... "Got your ass hoppin' like a frog / Got your legs shakin' like two wet dogs / This ain't the part we fall in love / This is the part we kiss and f**k." Then he explicitly mentions slaves, saying ... "I'm gon' beat it like a slave / So you don't run away / Got the whips and chains / Call me master."

In Charlamagne and Amanda's defense ... the lyrics are very explicit and references to beating slaves and whips and chains frankly do conjure up images of African slavery.

He even tells us a very popular book-turned-movie inspired this track. We'll give ya 50 guesses.

Lyfe also makes a point about PC/cancel culture -- which he thinks has gotten way out of hand ... and is more like outright bullying now.