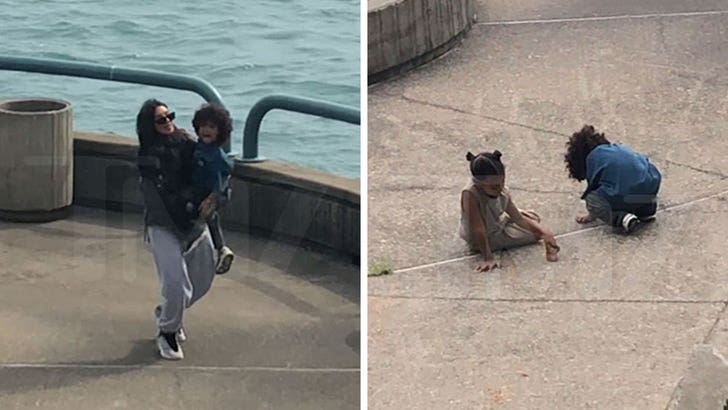 Here's something we don't see all too often -- Kim Kardashian playing around with her kids out in the open ... all while Papa Bear cranked out an almighty performance in Detroit.

Kanye West had a marathon day in the Motor City Friday, first hosting his usual Sunday Service event in the afternoon at the Aretha Franklin Amphitheatre ... and later debuting his new album, "Jesus is King," during a nighttime listening party at the Fox Theatre.

While dad handled his biz at the former, his wife had her hands full with their children -- North and Saint -- to the side of the stage as they played like there was no tomorrow. It's unclear if Chicago or baby Psalm was there or not, but they do not show up in these clips.

Anyway ... it doesn't look like the little tykes had much of anything other than their imagination and some nearby rocks and grass to entertain themselves with. And, lo and behold, they made due with that ... having a helluva time. Gotta love kids, right?

Kim got in on the playtime sesh as well, and funny enough ... so did the family's security. You can see one guard try to coax North into getting closer to mom, crouching to her level. 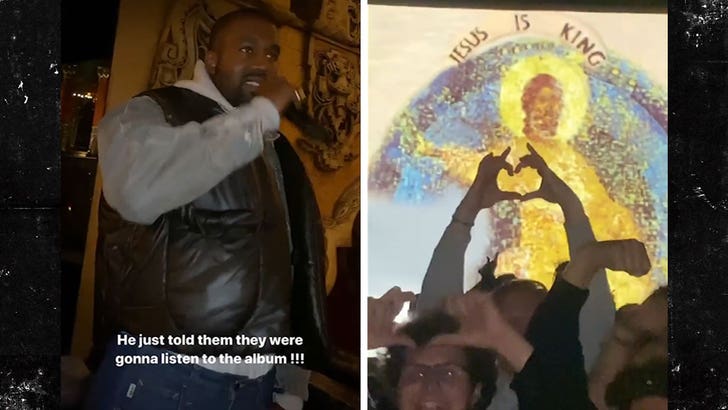 Once the sun went down, Kanye fans congregated in Downtown Detroit for a special surprise ... his new album was played from start to finish, some of which Kim K captured.

There was also some footage released of Kanye's upcoming IMAX film, "Jesus is King," which hits the big screen in October. As for the record though, it's dropping everywhere Sunday.

Gotta hand it to Kim here ... she was on mom duty AND camera duty for her hubby, and did both with some energy to spare, it seems. Bravo! 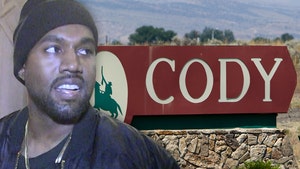 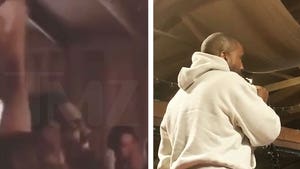