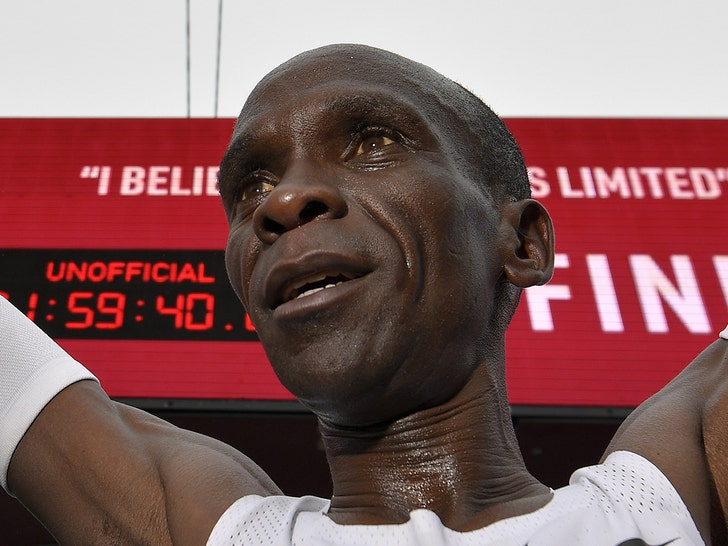 Kipchoge completed the monumental feat Saturday in Vienna, running a 26.2-mile path that was specifically charted for this attempt, and as such ... isn't technically viewed as a sanctioned marathon course. Because of that, this new time won't be recognized as a world record --  but still, the guy can say he did it ... clocking in at 1:59:40.

BTW, he holds the official world record for a marathon time at 2:01:39, which he set in Berlin just last year. He came up short on this very same challenge -- dubbed the INEOS 1:59 Challenge -- a couple years back, finishing at 2:00:25.

What's crazy about this latest run is that Kipchoge actually beat his goal by about 10 seconds. If you do some math ... that's about 4.5 minute miles all the way through.

He's been described as the greatest marathon runner in modern times, and it looks like the  waiting crowd congratulated him as such. There was a massive celebration once Kipchoge crossed the finish line ... very well deserved, to say the least. 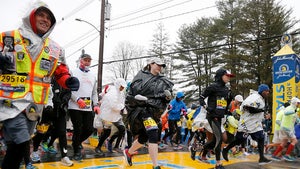 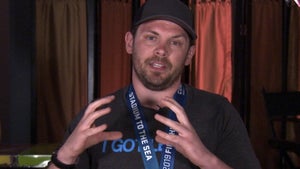