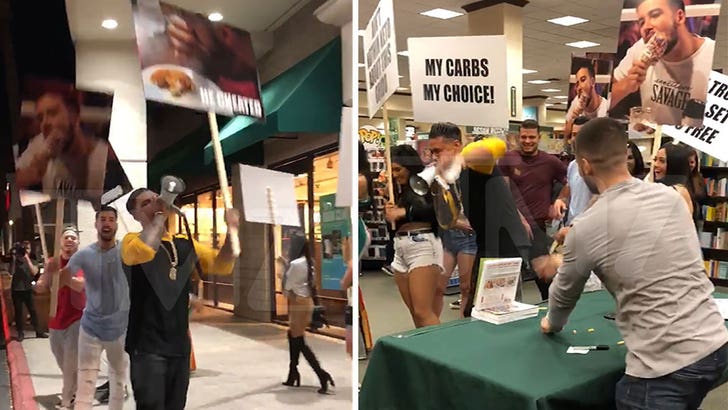 The 'Jersey Shore' star's devotion to the keto diet -- which cuts carbs in favor of quality high-fat foods -- has helped him shed some serious weight and look great ... and got him dubbed the "Keto Guido" on the first season of "Jersey Shore: Family Vacation."

Vinny also put out a cookbook as a guide for fellow Keto lovers, and held a signing in Vegas Wednesday night ... which was the perfect opportunity for Pauly to strike.

Pauly and the others marched outside the bookstore holding signs with photos of Vinny eating pizza and other carb-loaded dishes ... accusing him of cheating on the diet. The signs read, "Cheato Guido," "My Carbs My Choice," and "Ain't Nothin Keto About This Guido."

The protest then made its way inside the store and Pauly kept the chants going right in Vinny's face ... all in good fun, of course.

Cameras were on hand too ... so it's safe to assume Pauly's antics will be covered on the show.

As for Vinny -- cheato or not -- the diet's done his body good ... his popular summer gig as a Chippendales dancer's testament to that. 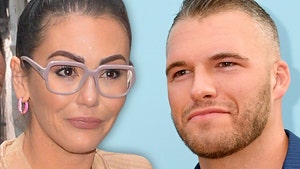 JWoww and Boyfriend Back Together, Trying to Work Things Out 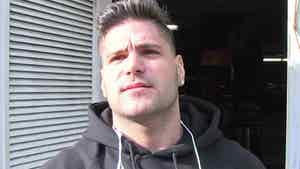